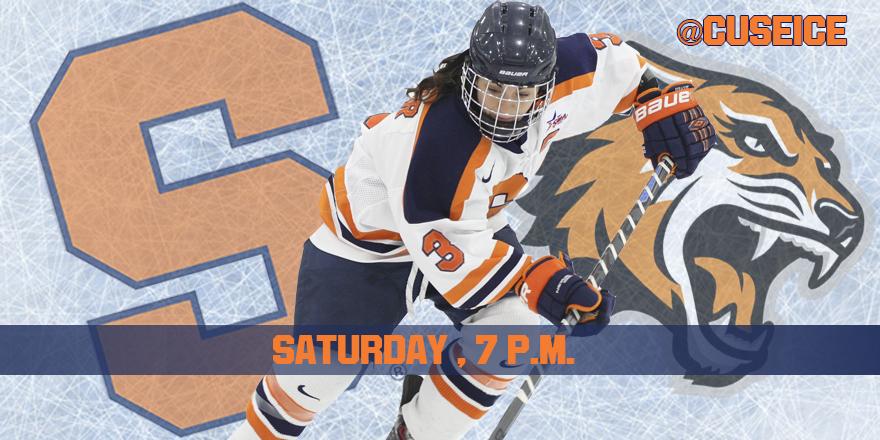 Hockey Closes Out 2014 Portion of its Schedule Saturday
Orange host RIT before month hiatus
12/5/2014 1:04:00 PM
The Syracuse hockey team will close out 2014 on Saturday when it hosts RIT in its final game for a month.

Scouting the Orange
- Syracuse enters Saturday's contest in a tie for second in the CHA at 3-2-3 after a split with Lindenwood last weekend.
- The Orange last played on Tuesday, falling 6-2 at Cornell.
- Melissa Piacentini scored both Syracuse goals in that game.

Scouting the Tigers
- RIT enters the contest 7-8-3 overall but just 1-4-1 in conference, having lost its last three CHA games.
- Celeste Brown and Mackenzie Stone lead the Tigers in scoring with 10 points each.
- RIT has three different goalies that have played at least four games, but Ali Binnington leads the way with 10 starts and playing 55-percent of the team's minutes.
- Binnington has a .957 save percentage and is allowing just 1.09 goals against this season.

Last Meeting
- The Orange fell 2-1 in overtime to RIT in the team's last meeting.
- Nicole Renault scored 'Cuse's lone goal, with assists from Akane Hosoyamada and Jessica Sibley on the power play.

Not So Tini on the PP
- Against Cornell on Tuesday, Melissa Piacentini netted her fifth power play goal of the season, moving her into a tie for second in the nation in power play goals.
- Piacentini has accounted for 56 percent of the Orange's extra-skater goals this season (5-of-9).

Faceoff is scheduled for 7 p.m. 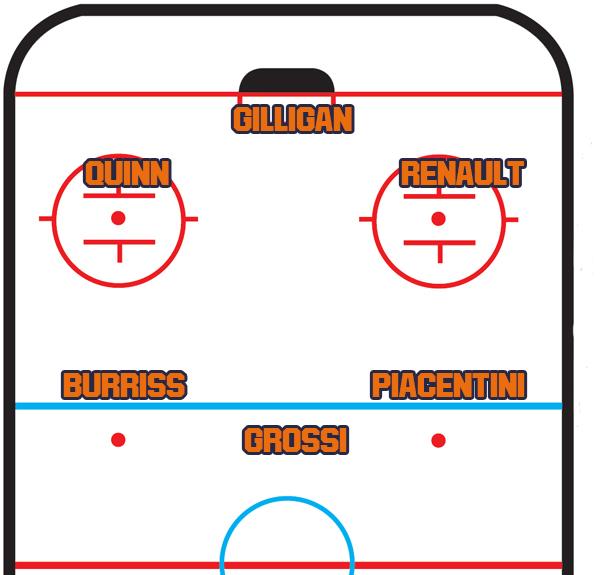 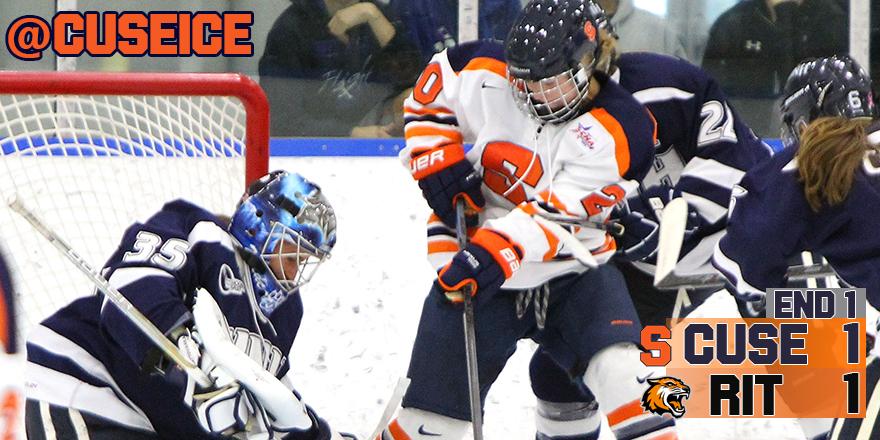 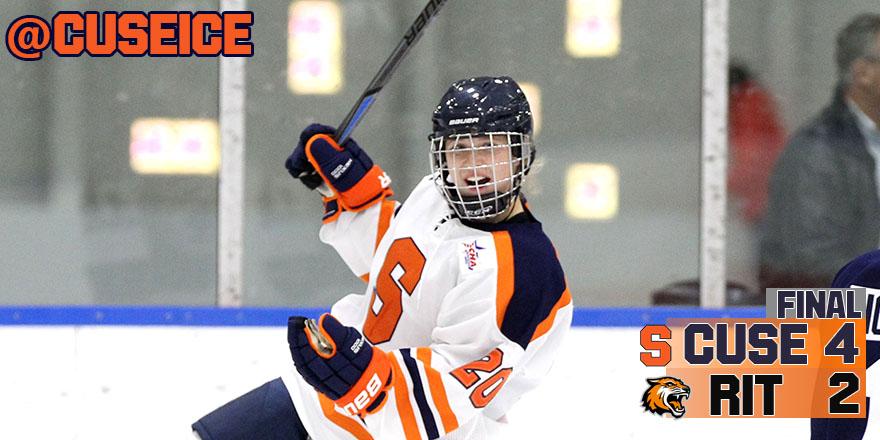 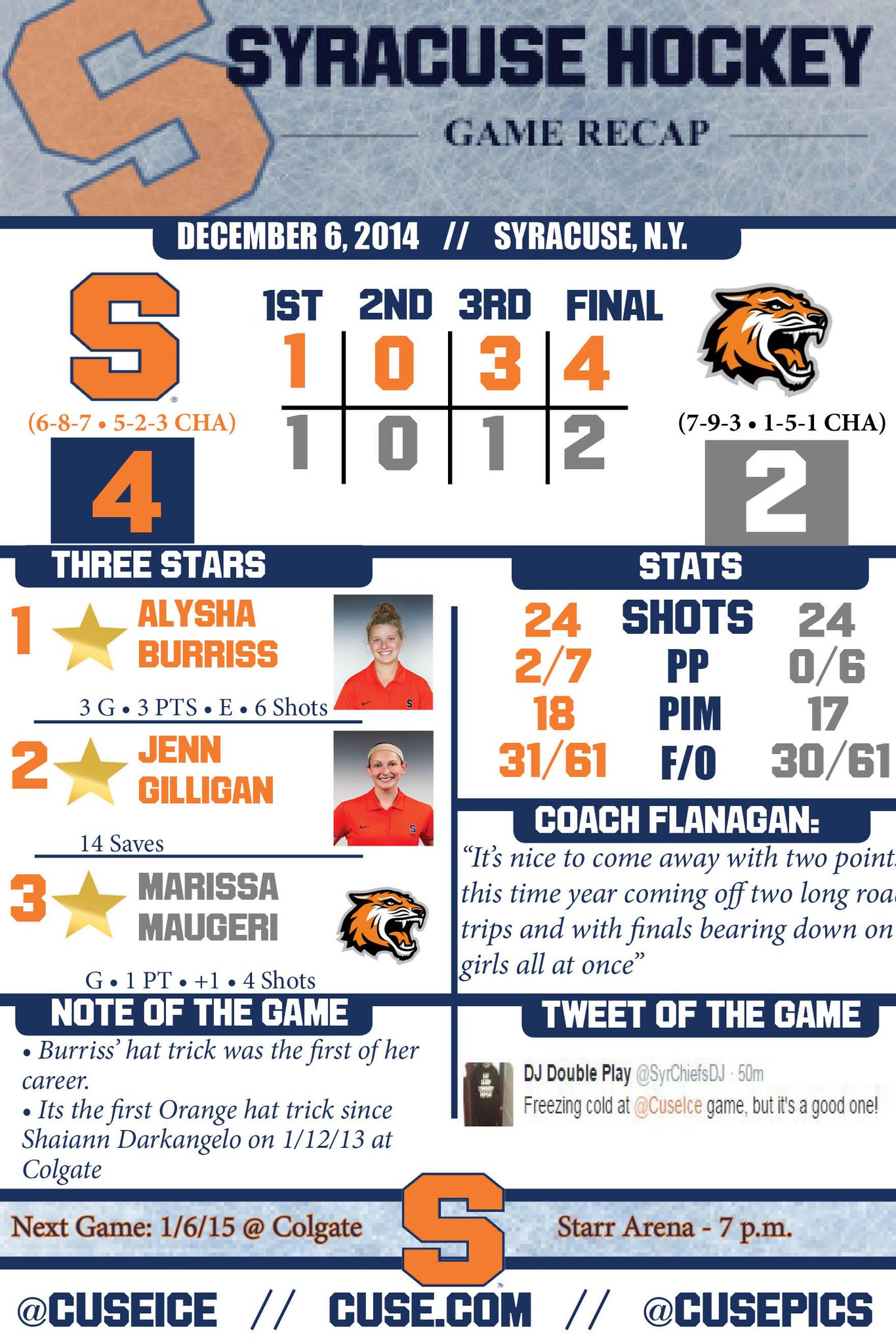 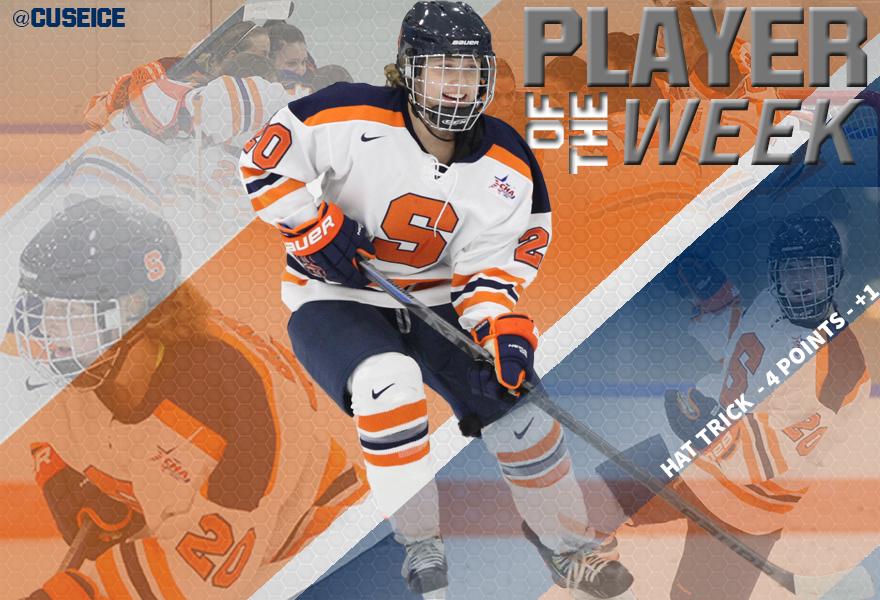