This one is for you, rrlbees!

Bees and other pollinators, such as butterflies, bats and hummingbirds, are increasingly under threat from human activities.

Pollinators allow many plants, including many food crops, to reproduce. Not only do pollinators contribute directly to food security, but they are key to conserving biodiversity - a cornerstone of the Sustainable Development Goals. They also serve as sentinels for emergent environmental risks, signaling the health of local ecosystems.

To raise awareness of the importance of pollinators, the threats they face and their contribution to sustainable development, the UN designated 20 May as World Bee Day.

Why this date?
20 May coincides with the birthday of Anton Janša, who in the 18th century pioneered modern beekeeping techniques in his native Slovenia and praised the bees for their ability to work so hard, while needing so little attention. 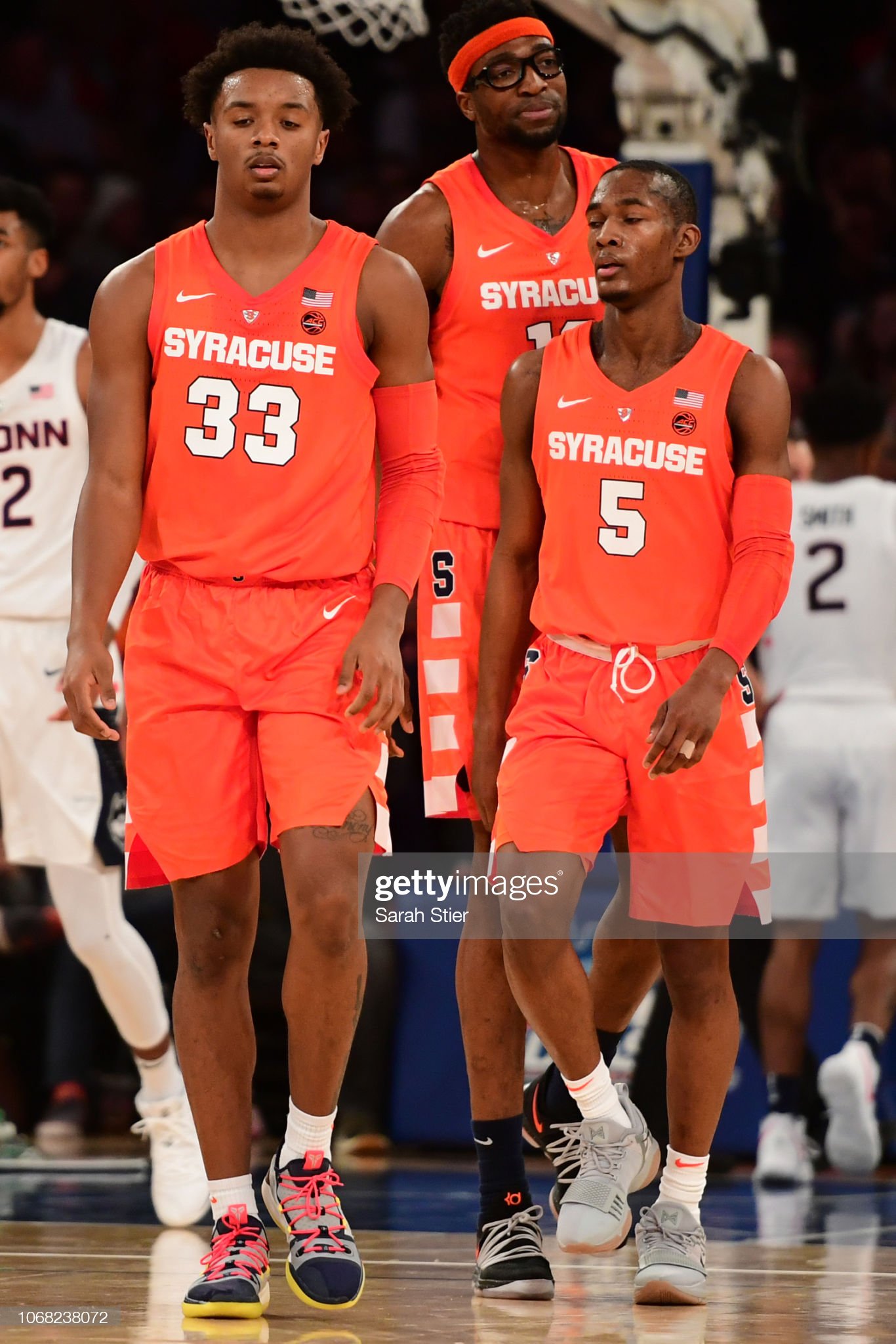 The Syracuse basketball squad will have a reshaped roster in 2019-20, and one prominent bracketologist has SU out of the field at this juncture.

The Syracuse basketball team, whether rising junior forward Oshae Brissett elects to return or not, will possess a markedly different starting line-up in the 2019-20 term, along with a deeper bench and, hopefully, a more fluid offense.

Expectations might prove lower than in 2018-19, which is fine by me, and personally I think next season’s crew could amount to a really fun and successful group.

Unsurprisingly, many national pundits, at least for now, aren’t super high on the ‘Cuse, and for legitimate reasons. The Orange got bounced in the first round of the 2019 Big Dance. Point guard Frank Howard and wing Tyus Battle are gone. The same may hold true for Brissett. A promising five-member recruiting class arrives on the Hill this fall, but head coach Jim Boeheim and his assistants are also charged with leading a relatively young unit that includes 13 scholarship players – and no seniors.

I ultimately believe that, in 2019-20, Syracuse will reach March Madness and actually advance beyond the round of 64. However, it doesn’t shock me for collegiate-hoops experts to not feel all that jazzed about SU as it currently stands. To that end, well-known bracketologist Joe Lunardi of ESPN released his most-recent mock cadre of 68 earlier this week, and the ‘Cuse barely missed the cut. Lunardi slotted the Orange in the “first four out” category. Others in that subset are – sigh – Georgetown, as well as Alabama, led by former Buffalo head coach Nate Oats, and Colorado.

Lunardi, at present, envisions seven Atlantic Coast Conference members in the 2020 NCAA Tournament. Duke and North Carolina, just like in the 2019 Big Dance, are No. 1 seeds. Louisville, which has a top-10 recruiting class coming in, is a No. 2 seed. Virginia, the defending national champions, is a No. 3 seed, which I get because the Cavaliers are losing several key guys from this past April’s title run to the NBA Draft. Florida State and N.C. State are No. 8 seeds, while Clemson is a No. 11 seed, part of the “last four in” batch.

From a league perspective, the Big Ten, at nine, and the Big 12, at eight, eclipse the ACC. Washington, whose boss is former Syracuse assistant coach Mike Hopkins, lands a No. 12 seed. Other than the Blue Devils and the Tar Heels, the two remaining No. 1 seeds are Kentucky and Michigan State. The bevy of industry prognosticators deem that the Spartans will begin the 2019-20 campaign as the No. 1 squad in the pre-season polls.
...

Syracuse Basketball has had multiple outstanding players in its long storied history. Inside the Loud House will be looking back at some of the best to suit up for Syracuse University. Up first: Carmelo Anthony.

Syracuse basketball has a long storied history of success. Sure, you can blame coach Jim Boeheim and his staff for the program’s achievements during the last four decades, but some credit must also be given to the players.

The program has been led time and time again by incredible athletes who put it all on the line when they suited up for Syracuse University. For the sake of this series, we’ll call these players “legends” as they will be remembered far past their playing days.

The word legend (in regards to an individual) according to Merriam-Webster.com, is “a person or thing that inspires legends“. In other words, a legend is someone who leads by example and paves the way for others to create their own unique story/legacy.

In regards to Syracuse Basketball, it has been hotly debated in recent years who are Syracuse legends and who aren’t.

Does CJ Fair, Kris Joseph, or Eric Devendorf belong in the same breath as Pearl Washington or Derrick Coleman? Does someone like Tyus Battle deserve the title of Syracuse legend like Sherman Douglas does?
...

I learned something important about the 2019 season: the ACC RSN games (i.e. the ones on the former Fox RSNs) are not coming to an immediate end. According to Matt Sarzniak:

Heard back from Kevin Best at the ACC. Says the RSN package for the ACC will remain in place. 17 football, 43 men's basketball, 36 women's basketball games.
— Matt Sarzyniak (mattsarz) May 16, 2019 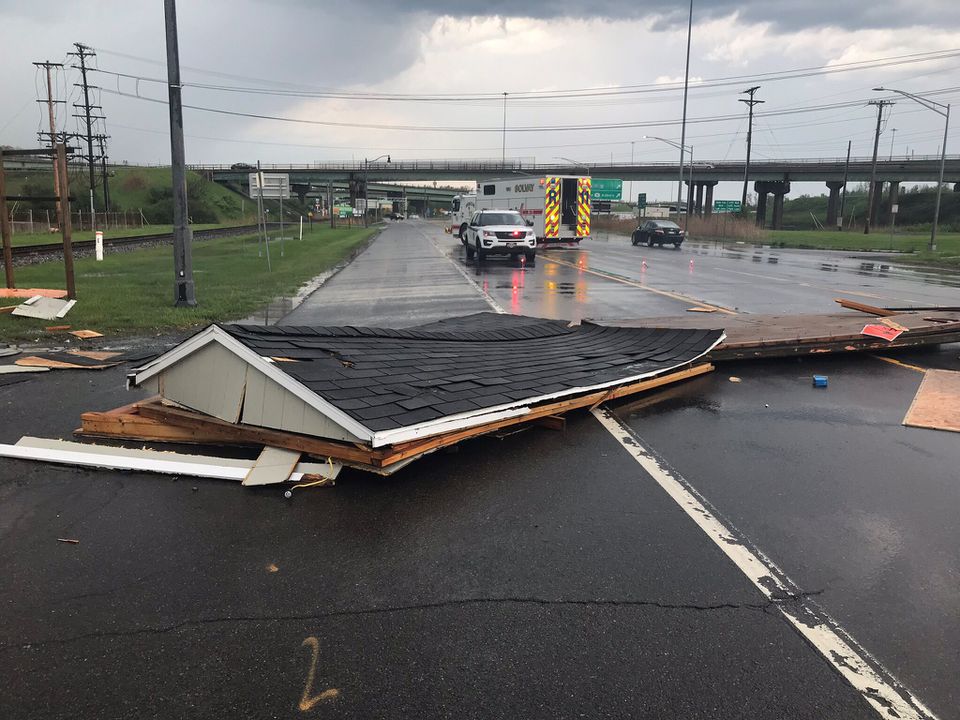 Rain pounded. Winds whipped. And in a matter of minutes, this swift-moving storm had torn down trees and wires, flooded streets and caused other havoc Sunday in Central New York.

The National Weather Service issued a tornado warning after meteorologists spotted a thunderstorm capable of producing a tornado at 4:12 p.m. over the state fairgrounds.

The storm was moving east at 45 mph at the time.

There were no reports of a tornado touching down, according to a meteorologist. But over the next 15 minutes or so, fierce winds caused trees to topple onto streets, homes, wires and vehicles.

A roof flew from a building at the fairgrounds and landed in the middle of State Fair Boulevard, just outside Gate 6 in Geddes. Security officers and Solvay firefighters referred all comments to a fair spokesman, who could not be reached for comment Sunday evening.

More than 2,500 National Grid customers were without power after the storm.

Some traffic lights also went out during the storm, including on Route 11 in Mattydale and along Park Street between Hiawatha Boulevard and Tex Simone Drive near NTB Bank Stadium.

As trees and wires fell, drivers could no longer travel along some streets in Onondaga County. Wolf Street in Syracuse, for example, closed between Seventh North and Sixth North streets, after tree fell across the street. A tree also was blocking part of Hayes Road in Lysander, near the Seneca River fire station, until crews moved it.
...
You must log in or register to reply here.