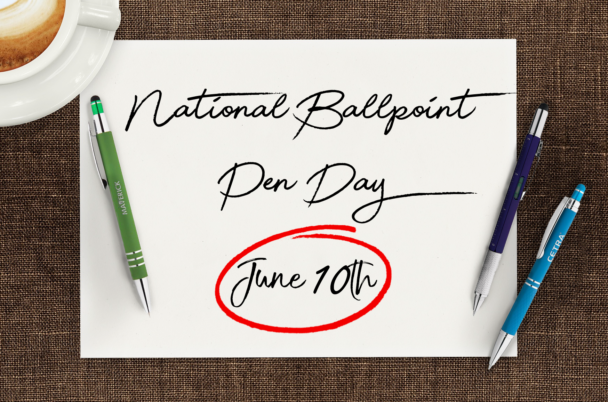 Ballpoint Pen Day celebrates the achievement of László and György Bíró, two Hungarian brothers who were the architects of the ballpoint pen. The consensus is that Ballpoint Pen Day takes place on June 10th because it was on June 10, 1943, that László Bíró applied for a patent for his pen.

László Bíró first tried to stop pens from smudging by attempting to use newspaper ink in fountain pens. This proved ineffectual as the ink was too thick for the pens. With the help of his brother, Bíró then created the ball and socket for the ballpoint pen. A metal ball at the end of the pen sat inside a socket, which allowed it to rotate. Quick-drying ink rolled onto the surface the pen was placed on, while more ink was gathered on the side of the ball that faced the inside of the pen, which then rolled onto the surface, repeating the process. Bíró invented his first ballpoint pen in 1931, which he showcased at the Budapest World Fair that year. 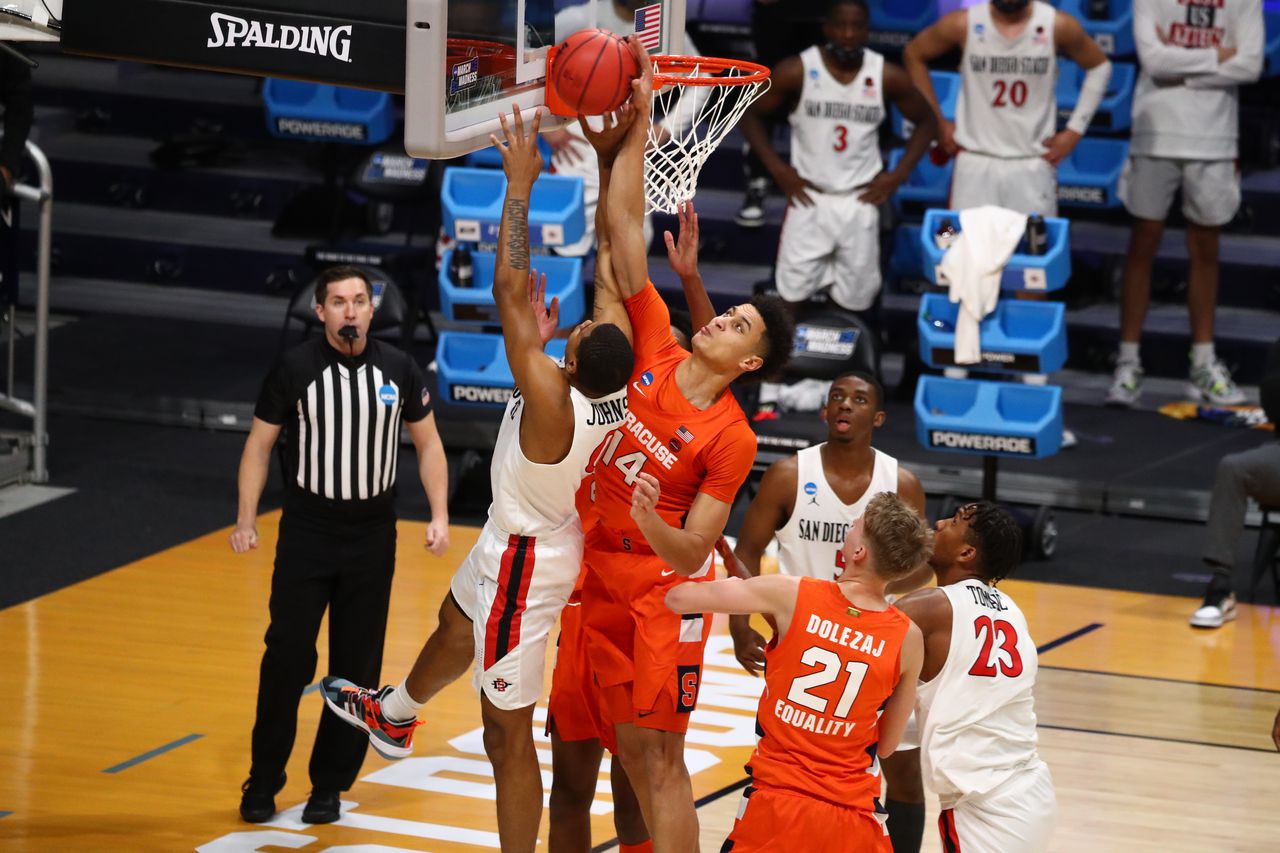 INDIANAPOLIS, IN - MARCH 19: Jesse Edwards #14 of the Syracuse Orange blocks a shot by Keshad Johnson #0 of the San Diego State Aztecs during the first half in the first round of the 2021 NCAA Division I Mens Basketball Tournament held at Hinkle Fieldhouse on March 19, 2021 in Indianapolis, Indiana. (Photo by C. Morgan Engel/NCAA Photos via Getty Images)

Jesse Edwards will very likely attend training camp this summer for the Dutch National Team as it prepares to play in the 2022 FIBA EuroBasket tournament that crowns a European champion.

The Netherlands roster has not been finalized, said two members of the Dutch team’s media staff, but Edwards has sought permission from Syracuse coach Jim Boeheim to return home to the Netherlands this summer to participate and Boeheim has granted it.

“He’s going to be here with us for a while and then go play with them and then come back and be with us for the summer,” Boeheim said. “I always let players play when they can play for their national team. It’s a good experience for them. It’ll help him grow as a player.”

Boeheim described this summer as an important one for Edwards, the 7-foot center who showed so much promise as the 2020-21 season progressed.
... 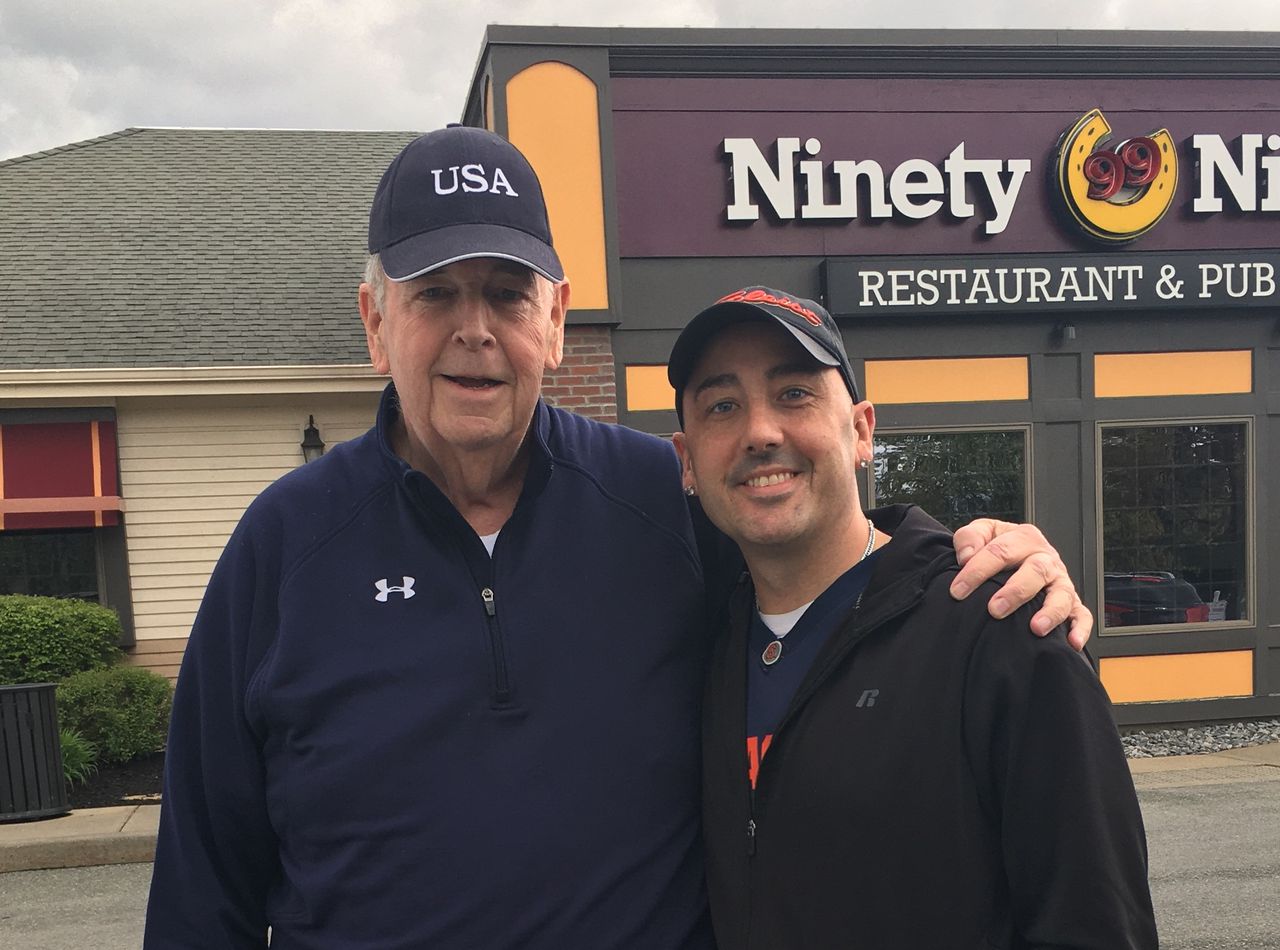 Mike Dow and Tom Disinger have a friendship that started because of a shared love of Syracuse basketball.

It has continued as they’re both now battling cancer.

“Who would have ever known how this would change both of our lives?’' Tom said. “It’s created a special bond between two guys who love SU basketball.’'

Mike and Tom were both lifelong fans of Syracuse University’s basketball team. They lived 10 minutes from each other in the Saratoga Springs area, but they didn’t know each other. That is, until Mike learned that he had cancer and Tom saw the video.

Mike, a 41-year-old father of five, had recently been diagnosed with Stage 4 lung cancer. He thought the call was for a syracuse.com story on diehard Syracuse fans: Mike named his daughter Cuse, and he sports several Syracuse tattoos, including one of Otto on his forearm.
...

Syracuse basketball continues to be assertive with its recruiting efforts for the 2022 and 2023 cycles, both of which could ultimately prove stellar for the Orange.

According to several reports, the ‘Cuse coaching staff is displaying interest in 2022 wing Amarri Tice and 2023 power forward Papa Kante.

The 6-foot-7 Tice is from Newburgh, N.Y., which is a couple of hours away from the Syracuse University campus. He previously suited up for the Newburgh Free Academy, according to McAllister.

Tice, a small forward, said in a recent tweet that he has elected to transfer to the South Kent School in South Kent, Conn. He has competed on the AAU circuit with the Albany City Rocks.

Syracuse basketball 2022 four-star target Chris Bunch may have flown a tad under the radar on the national landscape up until now, but that is potentially about to change.

The 6-foot-7 wing, a junior at De La Salle High School in Concord, Calif., is a top-100 player according to some recruiting services. So he’s already a strong high-school prospect.

But some recent comments that I’ve read from analysts and other recruiting insiders suggest that Bunch is on the verge of really blowing up within the 2022 cycle.

As we detailed in a recent column, per various media reports, Bunch is scheduled to take an official visit to the Hill on June 28-30. He holds a range of high-major scholarship offers, although 247Sports national basketball director Eric Bossi recently said that the Orange, Florida State, Oregon, Seton Hall and USC are recruiting him the hardest, at least for now.

Bunch recently participated in the prestigious 2021 Pangos All-American Camp, held in Las Vegas, and it seems that he has performed quite well.
... 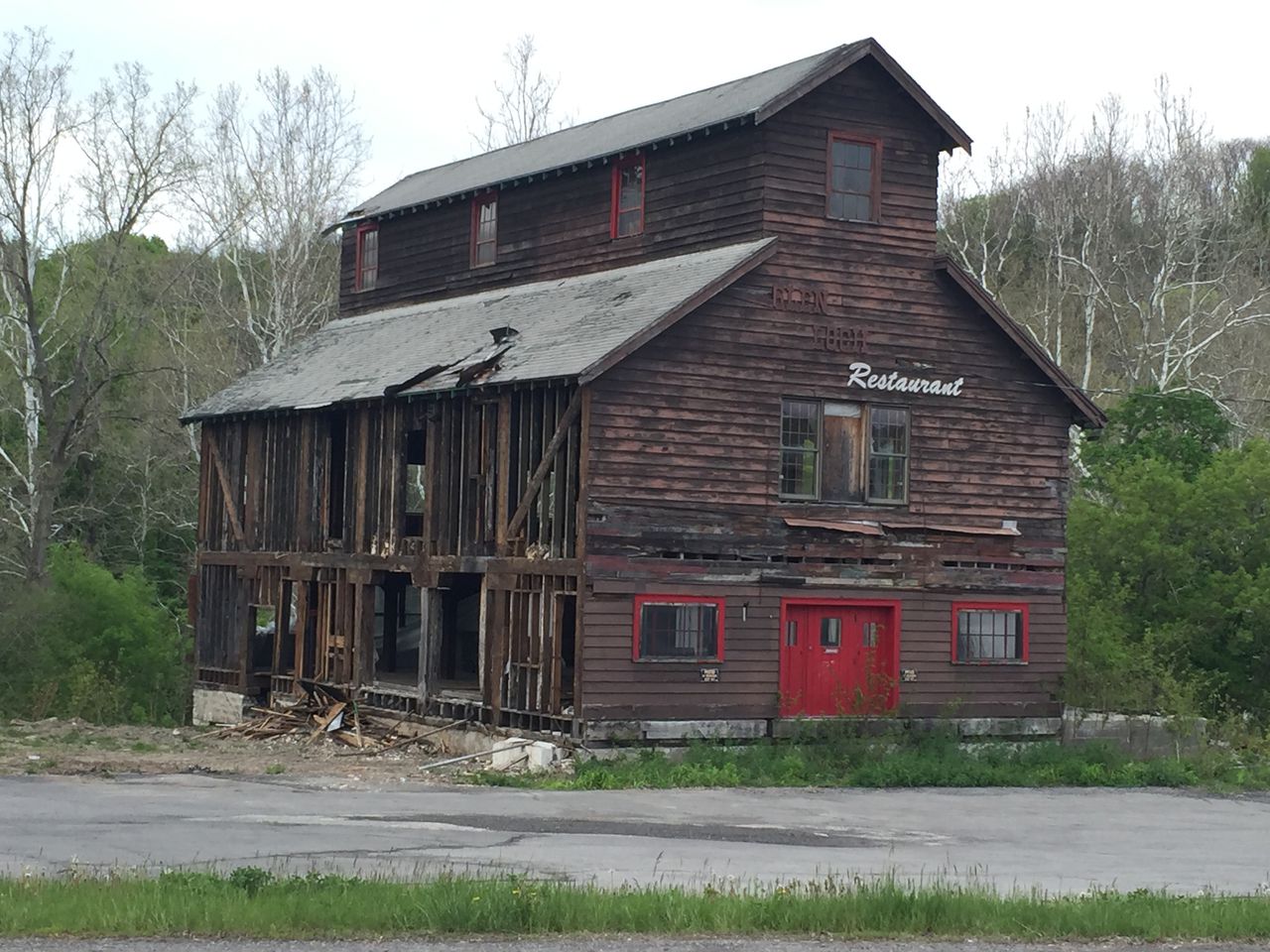 The former Glen Loch Mill in Jamesville. It has been purchased by the business next door and renovations should begin soon.

Owner pledges to restore historic Central NY restaurant, now an eyesore: ‘I want to save it’ (PS; $; Doran)

The new owner of the Glen Loch Mill said he is planning to restore the Jamesville building, vacant and crumbling for the past eight years, before deciding its future plans.

Chris Cooke, who runs Cooke Car Care Inc., next door to the Glen Loch property, told Syracuse.com|The Post Standard he plans to save the building and invest in its rehabilitation.

“I want to save it because it’s a cool building, and it’s what the community wants to see,’' Cooke said.

Cooke bought the property in April 2020 for $200,000, according to property tax records. He bought it from Rolling River LLC.

In the next several weeks, Cooke said, the siding will be replaced and it will be painted.

The Glen Loch Mill restaurant was a landmark in Jamesville for many years, hosting dinners, high school graduation parties, plays and other events dating back to 1972. The building is now a boarded-up eyesore with the shingles peeling off the roof and side of the structure.
... 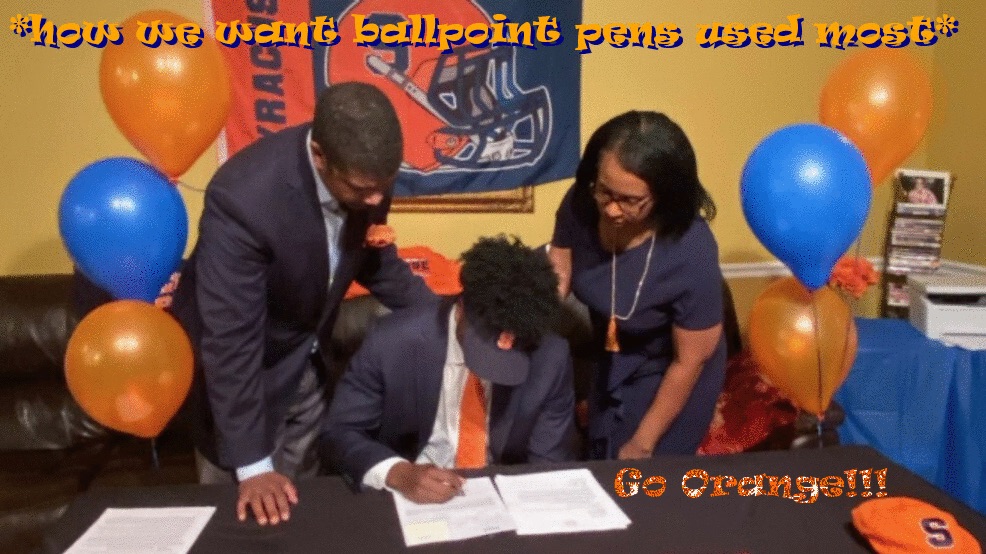