Lager beer is celebrated today. Most lager is matured or conditioned at a cold temperature, and is cool and bottom fermented with a particular yeast. The term lager means "storeroom" or "warehouse" in German. The beer originated in the Austrian Empire in the area that is now the Czech Republic. Throughout the medieval period, cold storage—or "lagering"—was common, in places such as caves, and bottom-fermenting yeast began being used in the early fifteenth century. As refrigeration became more prevalent, so did lager: it could be brewed year round and in more places, and could be kept cold until being served. In 1870, Spaten became the first brewery with large-scale refrigerated lagering tanks.
There are various types of lager. Pale lagers are the most common type of lager beers, and are usually light and mild. The brewing process for pale lagers developed in the mid nineteenth century when pale ale brewing techniques were applied to lagering methods. Some types of pale lagers are Helles, pilsner, Märzen, and bock. Pilsner is the most drank beer in the world today, and the first company to brew it was Pilsner Urquell. Vienna lager was developed in Vienna in 1841, and is reddish brown or copper colored, with a slight malt sweetness and a medium body. Today it is more popular in North America than it is in Europe, and a common example is Dos Equis Amber. Dark lager was the main lager made before the 1840s, and today it ranges in color depending on its region or brewing method. Examples include dunkel, which is the German word for "dark," and is between 4.5% and 6% alcohol by volume; doppelback, which is similar to dunkel but stronger; and schwarzbier, which is almost black, is similar to stout, and has a chocolate or liquorice tinged flavor.

Syracuse basketball at Georgetown: A breakdown of the game as a rivalry is renewed (PS; $; Waters)

The Syracuse Orange and Georgetown Hoyas will renew their storied rivalry on Saturday, but something seems a little off about this year’s matchup of between two proud programs that used to be the Hatfields and McCoys of the Big East.

Syracuse and Georgetown have tried to maintain their rivalry ever since the Orange left the Big East for the ACC following the 2012-13 season. This will mark the seventh straight year that the two will meet, making it the 97th all-time meeting between the two schools.

But while the sight of Orange will always getting a Georgetown fan’s blood boiling and Syracuse fans will always remind that “It’s 7 o’clock and Georgetown still ...,’' this year’s meeting feels different.

Syracuse comes into Saturday’s game with a 5-4 record. Georgetown is an even .500 after a win over UMBC on Wednesday raised its record to 4-4. Neither team is ranked.

But Jim Boeheim still glowers from the Syracuse sideline and Patrick Ewing, the Hoyas’ icon from the Big East’s glory days, is now the head coach at his alma mater. Two Boeheims play for the Orange, while a Mutombo is blocking shots for Georgetown.
...

COVID-19 concerns keeping thousands of fans away from the Carrier Dome this season (cnycentral.com; Singh)

Thousands of Central New Yorkers have decided not to enter the Carrier Dome this basketball season due to concerns surrounding COVID-19.

The fans who are comfortable entering the Dome have been treated to three wins by the Syracuse Men’s Basketball team, including the double-overtime thriller against Indiana on November 30.

The fans who have decided to stay home and watch the games have had the luxury to sit on their comfortable couch, while munching on some snacks, along with a nice cold beverage.

Before the start of the 2021 fall semester, Syracuse University said all fans are required to wear a mask in the Dome regardless of the event, however, hundreds of fans have been spotted without a mask during all seven SU football home games, along with the six men's basketball home games this season, which include two exhibition games.

CNY Central has some sights and sounds from SU’s 112-110 win over Indiana for those fans who were not able to attend. You can find the video in the photo gallery.

The guys break down Tyler's live experience at The Garden for Syracuse and Villanova. Are you feeling more optimistic about the Orange despite the loss to Nova? Plus, Benny Williams went on ESPN Radio to shoot down speculation that he might transfer. Is this a critical turning point in his season? Also, how will we see Williams improve over the next three games?

Tim Leonard and Tyler Aki discuss it all and more on the Thursday edition of the Locked on Syracuse Podcast. 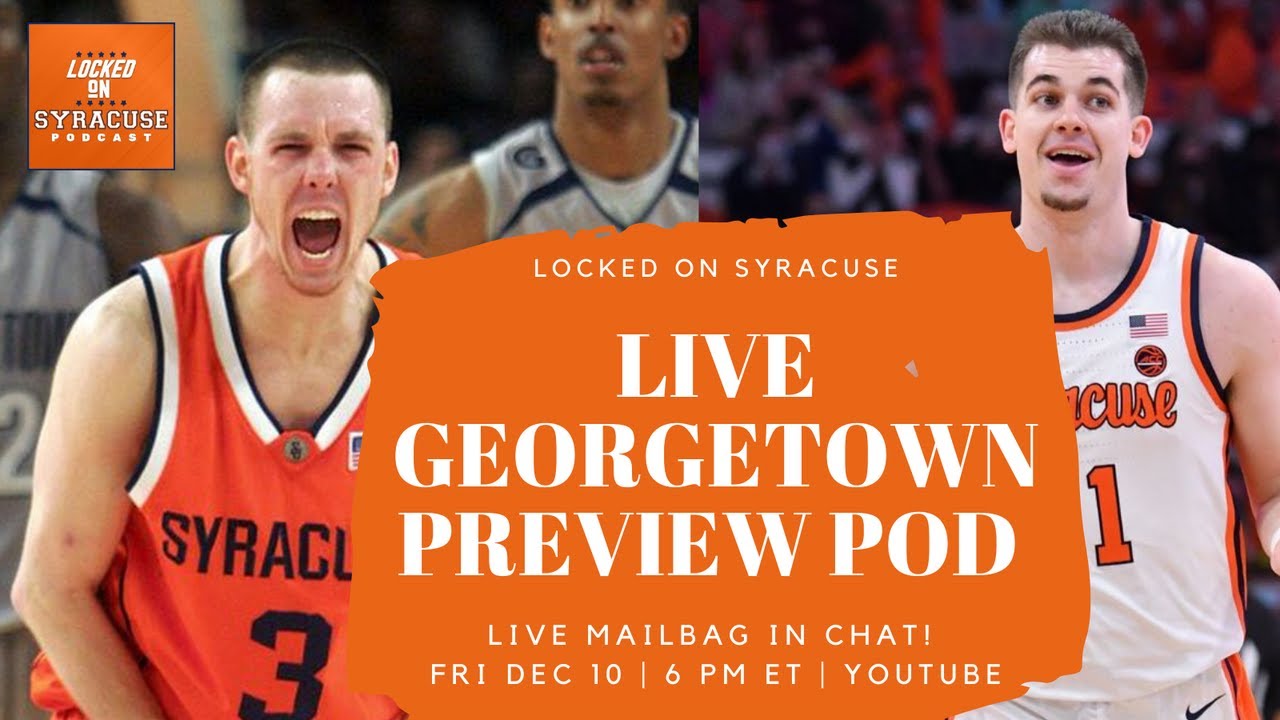 We will be LIVE answering your questions on the Syracuse basketball season, Georgetown, how Syracuse matches up or anything else on your mind! Drop your ques... 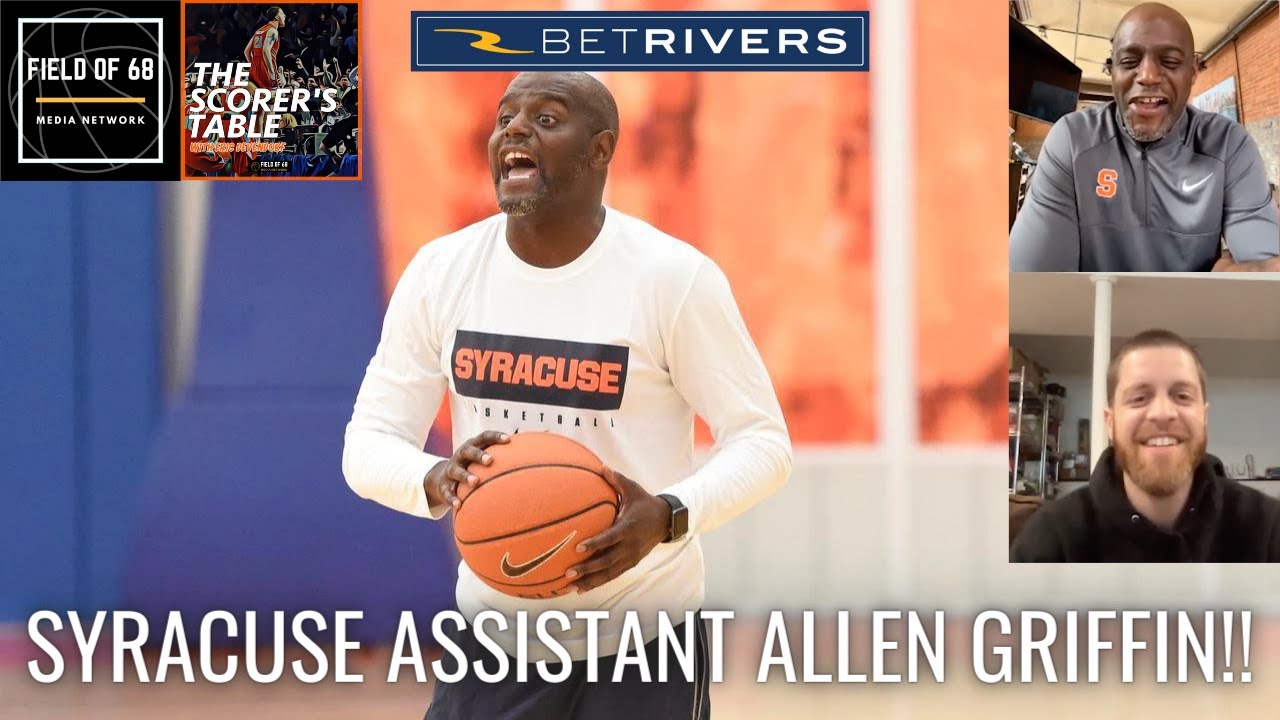 Syracuse Basketball assistant coach Allen Griffin joins Eric Devendorf on this week’s episode of The Scorer’s Table! The two have a great talk about how Alle...

Syracuse Basketball assistant coach Allen Griffin joins Eric Devendorf on this week’s episode of The Scorer’s Table! The two have a great talk about how Allen Griffin grew up and fell in love with Orange basketball, why he snuck away on a red eye flight to Syracuse at one point during his recruiting process, what it means to be coaching at Syracuse now, how the Orange recruited Jesse Edwards, his development this season under Griff, what Jim Boeheim’s new zone look is doing for Syracuse and much more.

You don’t have to be a Hall of Fame coach to see that Syracuse’s defense has been a problem this season. The Orange are giving up 77.8 points per game, allowing their foes to make 42.5 percent of their field goals and 33.4 percent of their threes.

It has been three seasons since SU had a defense that lived up to the 2-3 zone’s reputation, finishing 30th in defensive efficiency in the 2018-2019 season. This season’s small sample is returning worse results than either of the last two versions, but it seems like the team has stumbled on an adjustment in recent games that suggests a turnaround is possible.

Over the last eight seasons, Syracuse has frequently found themselves facing among the most three-pointers shot be their opponents in Division One. It makes sense, as their 2-3 zone encourages foes to fling the ball at the rim from long distance, ideally a contested effort, a shot taken a step behind the line, a check at the rim in the final seconds of the shot clock, or some combination of the three.

Syracuse (5-4) vs. Georgetown (4-4)
Capital One Arena, Washington; Saturday, 12 p.m. EST
BOTTOM LINE: Two guards will be on display as Buddy Boeheim and Syracuse will face Aminu Mohammed and Georgetown. The senior B. Boeheim has scored 23 percent of the team's points this season and is averaging 15.8 over his last five games. Mohammed, a freshman, is averaging 14.2 points over the last five games.

SUPER SENIORS: Syracuse's B. Boeheim, Jimmy Boeheim and Cole Swider have collectively scored 58 percent of the team's points this season and have accounted for 59 percent of all Orange scoring over the last five games.

OFFENSIVE THREAT: Dante Harris has either made or assisted on 41 percent of all Georgetown field goals over the last five games. Harris has accounted for 29 field goals and 27 assists in those games.

STREAK STATS: Georgetown has won its last four home games, scoring an average of 88.3 points while giving up 69.
ACCOUNTING FOR ASSISTS: The Hoyas have recently gotten baskets via assists more often than the Orange. Georgetown has 45 assists on 89 field goals (50.6 percent) across its past three matchups while Syracuse has assists on 34 of 78 field goals (43.6 percent) during its past three games.
...

Syracuse and Georgetown were once bitter rivals atop the college basketball world that helped turn the Big East into what it is today (or what it was depending who you ask). Syracuse leads the all-time series 51-43. However, since Syracuse left for the less than green pastures of the ACC, the series is even at three games apiece. Syracuse won the matchup last season by a score of 74-69. Both teams may be having down years, but that all goes out the window during a rivalry game.

The Big East MBB twitter account called for fans to vote for the first ever Big East Shootaround Fan’s Choice. This matchup seemed to be fading behind the other options (Xavier vs Cincy, UCLA vs Marquette), but Georgetown twitter heard the call from their leader Patrick Ewing. Now they get the honor of having John Fanta at the game for the first-ever Big East Shootaround Fans’ Choice. Twitter is a powerful place. Back to the game.

We asked, and you voted! Over 12,000 votes later, we have a winner for the Shootaround Fans’ Choice Show on December 11. It was down to @XavierMBB / Cincinnati, @GeorgetownHoops / Syracuse and @MarquetteMBB / UCLA. And the winner is…
pic.twitter.com/I9u1s0uUP2
— BIG EAST MBB (@BIGEASTMBB) November 24, 2021
Expand...

The Big East has looked like one of the better conferences in the country this season, but Georgetown has yet to make their mark with a signature non-conference win. They are, however, coming off their best win. Yes, it was over UMBC, but UMBC is a well-coached team, and the Hoyas took care of business. Something they haven’t done against lesser opponents this season.
... 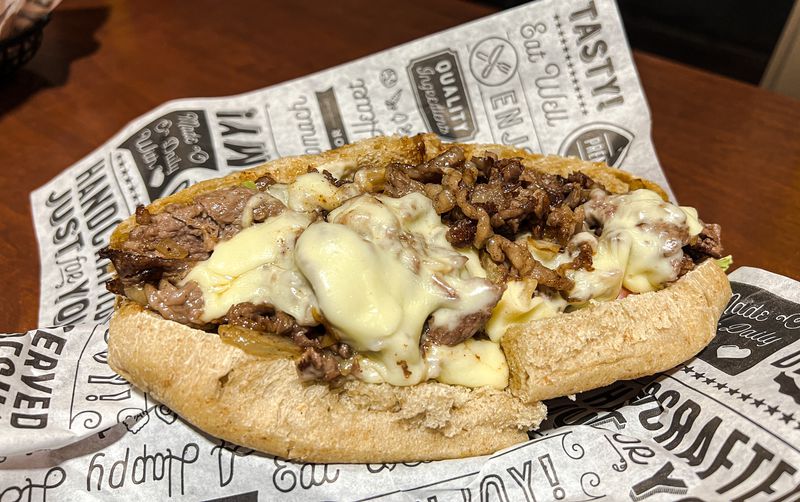 Watching a soft opening at a new restaurant can be uncomfortably tense and exhilarating at the same time. You quickly learn to shake off the bellyaching about sub rolls not being sliced an inch-and-a-half deep, and you embrace the pats on the back for stuffing the napkin containers properly. You tense up during the deep breaths in, and relax through the not-so-convincing exhales that follow.

Welcome to the birth of Danny’s Steaks in Armory Square, a restaurant opening this morning that specializes in cheesesteaks created by a born-and-raised Philadelphia chef who is spreading himself throughout Armory Square’s food scene.

With 18 minutes to go before the doors opened this past Friday, owner/chef Kyle Mastropietro was splicing a severed data cable so the point-of-sale system would allow workers at the front counter to punch in customer orders. The flattop grill was warming up, and Kyle still needed to walk cook Jamie Rebhahn through the process of creating his signature sandwich.

One seat of the 24 available inside the dining room at 216 Walton St. in Armory Square was occupied by an Onondaga County health inspector writing up his first report.

“I love this,” said Chris Cawley, that county health technician who gave the kitchen its clean bill-of-health. “People are dying to come in here. They are excited. This is great.”

After a thorough once-over, Cawley gave Danny’s Steaks its permit to open just in time. That’s a good thing because the first two customers walked through the door at 4:01 p.m. Friday, and they were hungry.

Kyle, who owns Kasai restaurant next door and will be opening a craft beer tap house in the former Blue Tusk down the street, could now focus on what he came here for: cooking cheesesteaks for Central New York.
... 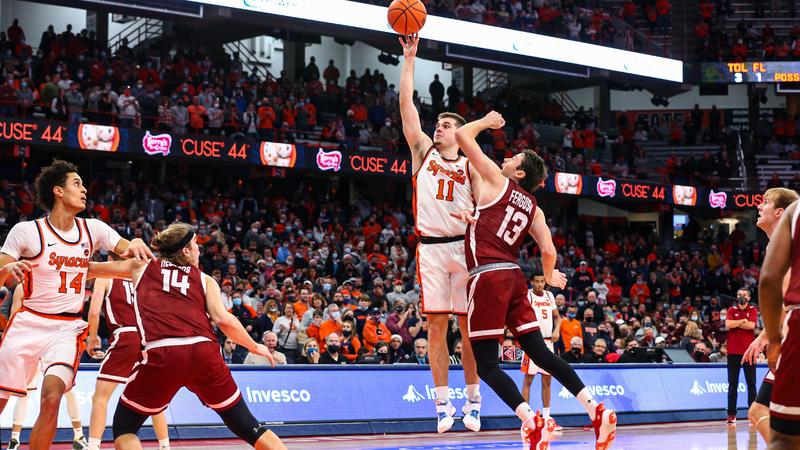 cuse.com
You must log in or register to reply here.