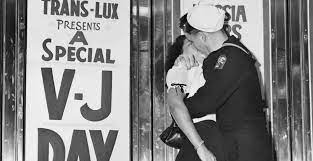 V-J Day, or Victory over Japan Day, marks the end of World War II, one of the deadliest and most destructive wars in history. When President Harry S. Truman announced on Aug. 14, 1945, that Japan had surrendered unconditionally, war-weary citizens around the world erupted in celebration.

"This day is a new beginning in the history of freedom on this earth. Our global victory has come from the courage and stamina and spirit of free men and women united in determination to fight."

Syracuse basketball player Benny Williams filled a role for USA East Coast on the team’s three-game tour of Spain that could prove vital for the Orange next season.

Williams, a 6-foot-8 forward, used his athleticism to hit the boards as USA East Coast went 3-0 over the weekend in Spain. Williams averaged 6.0 points and 7.0 rebounds in just 15.0 minutes per game for USA East Coast, which is comprised of current college players.

Williams finished the tour as USA East Coast’s second-leading rebounder behind only Pittsburgh center John Hugley, who averaged 9.3 rebounds. Hugley ranked fourth in the ACC in rebounding last year at 7.9 per game.

Williams got off to a slow start on the tour. In USA East Coast’s 82-65 win over Sant Julia All-Stars on Friday, he had just two points and two rebounds. He appeared sluggish and tentative.

On Saturday, though, Williams showed much more aggressiveness. He put up 11 points and eight rebounds in just 14 minutes as USA East Coast throttled ACB Select 95-62.

USA East Coast wrapped up its short trip with an 85-68 win over Catalan All-Stars on Sunday. Williams only scored five points, but he hauled in 11 rebounds in his 18 minutes of play.

Williams could be a key for Syracuse next season as he enters his sophomore year. Syracuse lost both of its starting forwards; Cole Swider and Jimmy Boeheim, off last year’s team.

As a freshman, Williams averaged just 1.9 points and 1.4 rebounds while logging just 11.5 minutes per game. He did appear in 29 games.

Rising Syracuse basketball sophomore Benny Williams is playing for USA East Coast on a three game international tour in Spain. In the first game, he scored two points, grabbed two rebounds, dished out two assists and had one steal in 13 minutes of USA East Coast's 82-65 win. In game two, Williams had an even larger impact. He scored 11 points, grabbed eight rebounds with one steal in 14 minutes of a 95-62 win over ACB Select. It was an impressive stat line in such few minutes.

The third game of the trip was played on Sunday. USA East Coast won 85-68. Williams scored five points and grabbed 11 rebounds in 18 minutes. In totality, Benny averaged six points and seven rebounds in 15 minutes per game.

What is USA East Coast Basketball, exactly? Annually, a team of current college players is sent overseas to play a series of games against international competition. In the past, Syracuse players such as Jalen Carey, Rakeem Christmas, Michael Gbinije, Kaleb Joseph and Tyler Roberson have participated. This experience will undoubtedly benefit Williams, who gained invaluable experience that should help as he prepares for training camp for the 2022-23 season. Williams is expected to take on a much larger role this year.

During his freshman season at Syracuse, Williams averaged 10.8 minutes, 1.9 points and 1.4 rebounds per game.
...

JP Estrella’s official visit to Syracuse over the last two days mirrored most other recruits’ trips to the SU campus.

The highly regarded 6-foot-11 big in the 2023 class saw the Carmelo K. Anthony Center, toured the school’s campus and met the Orange players.

But one portion of the visit stood out. A round of golf at Drumlins, the university-owned country club.

Estrella said both Girard and McNamara hit the ball well. As far as how he did, Estrella said, “The first two holes weren’t too good, but then I started to warm up.’'

Estrella said he and Girard wound up winning a four-hole scramble.

Estrella is ranked as the No. 18 prospect in the 2023 class by on3.com. He is ranked No. 54 in the class by 247Sports.com, but his profile has been on the rise over the past year. He has grown eight inches since his freshman year of high school. He recently took part in the NBA Top 100 camp.

One of the top bigs in the 2023 class is JP Estrella, who runs with the Middlesex Magic in AAU ball and will play for Brewster Academy this upcoming high school season. Estrella took officials to Marquette and Tennessee in June followed by Iowa at the end of July. Next up is Syracuse, who Estrella visited over the last few days.

"The visit went really well," Estrella said. "I got to do a lot of fun stuff. My favorite part was going to coach's house and hang out with the guys, play some. hoops with all of them, watch the managers one v one each other. It was pretty fun going to his house. Overall the visit went really great."

Going into the visit, Estrella wanted to get a closer look at the culture of Syracuse basketball. He was able to do just that during his time on campus.

"The biggest thing that stood out is that they're one really big family," Estrella said. "They all hang out on and off the court. They're all really close to each other. The coaches as well. They're all really close in general. It was awesome to see and it was awesome to be a part of that during the visit to try to mesh in and hang out with all of them."

The Syracuse coaching staff spent a lot of time with Estrella, reiterating his importance to their 2023 recruiting efforts and how he is a perfect fit for what they want to do on both ends of the floor.

"Their big message to me was that I'm one of their biggest priorities," Estrella said. "They want to do whatever they can to get me. I really appreciate that. We did a lot of fun talks, went through a lot of stuff. They want me to play either the five man to help stretch the floor or a four man as another big that can run with them too because I can shoot the ball really well. They think I can mesh into that really well and mesh into their defense as well."
...

This was VERY tough. So much young talent in the ACC, but role is so important to projecting their freshmen year production & impact pic.twitter.com/074wDtOQsb
— Ryan Hammer (@ryanhammer09) August 3, 2022
Expand...

Notre Dame, Florida State, Syracuse, Louisville, UNC, and Pitt are all bringing in a great freshman player, but Duke is bringing in five of them!
...

Media reports in recent months have suggested that Syracuse basketball coaches are in regular communication with 2024 five-star prospect Elliot Cadeau, who is ranked the No. 1 point guard in this class, per several recruiting services.

In fact, I’ve read a couple of interviews where the 6-foot-1 Cadeau has said that the Orange, Texas Tech and Tennessee were reaching out to him the most.

That being said, the contact period opened up for 2024 players on June 15, which means Cadeau’s number of suitors is naturally going to grow, given that he’s a top-tier point guard and a top-10 overall prospect in the rising-junior cycle.

Some of his more recent scholarship offers have arrived from squads such as North Carolina, which was the runner-up in this spring’s NCAA Tournament, Louisville, Georgetown and Norfolk State. 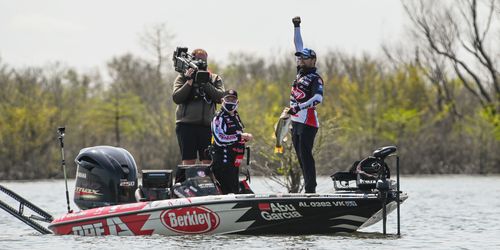 The tournament will feature MLF’s catch, weigh, and immediate-release format. There’s a 2-pound minimum weight limit. Anglers catch as much weight as they can each day, and bags are continuously tracked on a live leader board, adding to the pressure.

“Cayuga is a really unique lake,” said Kevin VanDam, a pro angler from Kalamazoo, Michigan. VanDam praised the variety of different fishing opportunities the lake offers, from shallow grassy areas in the northern end to deeper, rocky structure in the main lake.

VanDam also remarked on the increased size of the bass he’s caught in Cayuga Lake over the years, which he attributes to the presence of zebra mussels and gobies.

“The last time I fished there, I won an event,” VanDam said. “There were a ridiculous number of 5-pounders caught.”

In June, Thomas Russell, of Albion, set a new state record for smallmouth bass on Cayuga Lake with a 8 pound, 5.8 ounce lunker.

“The tournament could be won deep or dirt shallow,” VanDam said. “Whether Ish (Monroe) wants to throw a frog shallow, or (Justin) Lucas or (Josh) Bertrand fish their offshore strengths, they can all fish how they’d like to fish.”

Take-offs each day begin at 7:30 a.m. from Frontenac Park, located at 15 Creamery Road in Union Springs. Take-outs will also be held at the park, starting at 4 p.m. Fans are welcome to attend all launch and takeout events.
... 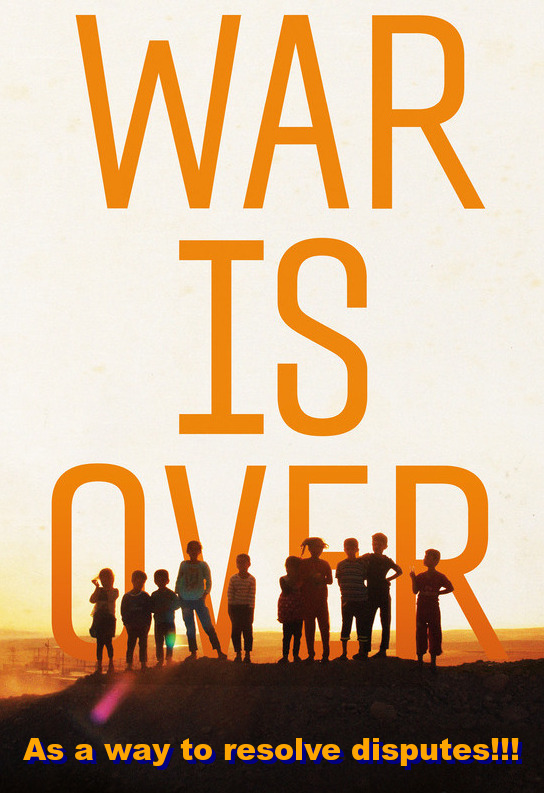 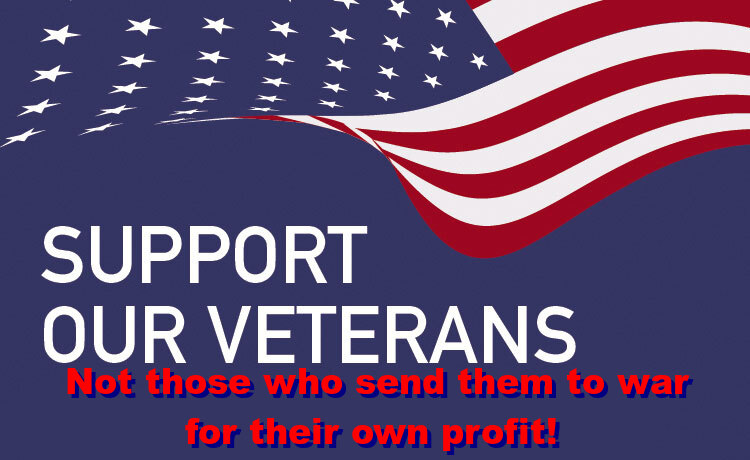