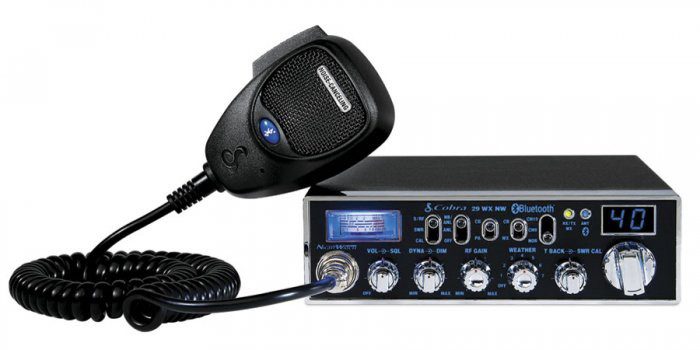 Happening on the fourth day of the tenth month, Ten-Four Day salutes radio operators, such as those who use citizens band radio (CB radio), who often use the code "10-4" when responding in the affirmative. When created by Motorola in 1977, at the height of CB radio use, the day's goal was to call the public's attention "to the importance of CBers and CB radio to the nation's communications capabilities." Although the day may now seem antiquated because of the rise of cellular phones, the internet, and other technologies, we still use it to celebrate the code, radio operators, and CB radios!

Ten-four (10-4) is an affirmative expression used in radio communications that translates to "message received," "you got it," or "OK." It is one of the ten-codes, which were created by Illinois State Police Communications Director Charles Hopper between 1937 and 1940. They were put out by the Association of Public-Safety Communications Officials-International (APCO) to be used in radio communication between police officers. Updated and expanded a few times since their creation, they are a type of brevity code and represent common phrases. 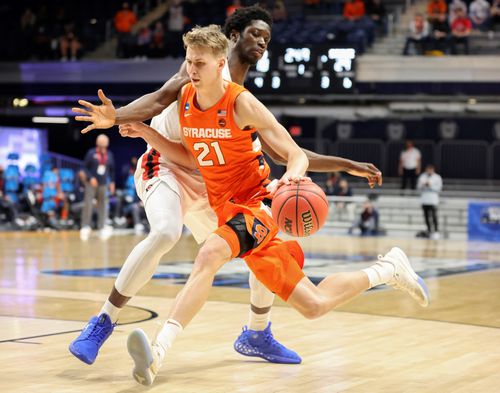 INDIANAPOLIS, INDIANA - MARCH 19: Marek Dolezaj #21 of the Syracuse Orange drives to the basket against Nathan Mensah #31 of the San Diego State Aztecs during the first half in the first round game of the 2021 NCAA Men's Basketball Tournament at Hinkle Fieldhouse on March 19, 2021 in Indianapolis, Indiana. (Photo by Andy Lyons/Getty Images)Getty Images

Marek Dolezaj and Tyler Roberson have contracted to play professional basketball in Hungary’s A Division this season.

Dolezaj, 24, and Roberson, 27, were both Syracuse basketball forwards, though their time with the Orange did not overlap. Roberson, who turns 28 next month, graduated from SU the year before Dolezaj enrolled.

Dolezaj is playing for Hubner, which has already played a game this season. Hubner lost 79-55 to one of the league’s presumed better teams in Duna Aszfalt. Dolezaj started the game, played 28 minutes, scored three points, had four rebounds and three steals.

Dolezaj played last summer for Boeheim’s Army. During the 2021-22 season, his first year as a professional, he started his career in Ukraine, then finished the year in Greece.

Roberson’s Szedeak team will play its first game on Oct. 8.

Roberson started last season for Viimsi in the Estonia league, came home to play a few games with the NBA’s G League Delaware franchise, then finished the season in Estonia. He had a successful summer in Estonia, garnering an all-defensive award, all-tournament and all-import honors for Viimsi. 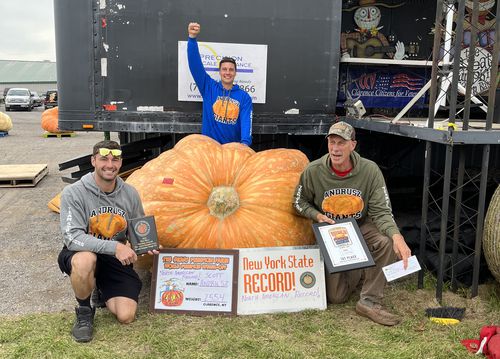 Oh my gourd: An Upstate New York farmer has set a new record for the largest pumpkin in North America.

According to the Buffalo News, Andrusz came short of the world record for heaviest pumpkin ever, set by a farmer in Italy in 2021 with a 2,702-pound pumpkin, according to the Guinness Book of World Records. Still, it could make a pretty huge Jack-o’-lantern or a whole lot of pumpkin pies.

Andrusz, whose team was called Andrusz Giants, also won $5,000 for bringing a record pumpkin to the World Pumpkin Weigh-Off on Saturday.

Andrusz’ prized pumpkin will be on display through Oct. 16 at the Great Pumpkin Farm, located 17 miles outside of Buffalo.