Pasta is made with flour, salt, water, and eggs. It comes in many shapes, like ribbons, cords, and tubes, and can be prepared in myriad ways, with different cooking techniques and in many recipes. It can be tossed with butter, cheese, seasonings, and sauces of tomato, seafood, and cream. Some pasta may be stuffed with meat, cheese, or spinach. Pasta is used in dishes like spaghetti, fettuccine Alfredo, macaroni and cheese, lasagna, and penne and pesto, and in soups and casseroles. Syracuse basketball vs. Indiana PA won’t be on TV, but here’s how to stream it live (PS; Axelson)

Syracuse University basketball’s season opener is right around the corner, but first the Orange will play a pair of exhibitions, starting with a game against the Indiana University of Pennsylvania on Tuesday, October 25 (10/25/2022).

Syracuse vs. Indiana PA will air at 7 p.m. ET on ACC Network Extra, which is not available on cable TV, but can be accessed via ESPN.com or associated apps. Details below.

Freshman Judah Mintz has impressed at backcourt, and sophomore Benny Williams and freshman Maliq Brown are jostling for a spot at starting power forward.

Tipoff is scheduled for 7 p.m. ET. Games on ACCN Extra are not available on TV, but if your cable TV or live streaming package includes the ACC Network channel, you already have access to ACC Network Extra. Learn more about ACC Network Extra here.

If you don’t have cable, access to ACC Network Extra can also be accessed with a subscription to a live TV package from fuboTV, DirecTV Stream and YouTube TV, all of which offer a free trial.

Cable subscribers with access to ACC Network can log in on ESPN.com, or associated apps, to stream the game for free.

Can I bet on the game?

Betting is not available for this exhibition matchup. Fans in New York are not allowed to bet on in-state college teams under the state’s gambling laws.

However, fans out of state can still bet on Syracuse basketball during the regular season, and we’ve compiled some of the best introductory offers to help navigate your first bets from BetMGM, FanDuel, DraftKings, PointsBet, Caesars and BetRivers.

5 things to watch for in Syracuse's matchup against Indiana (PA) - The Juice Online (the juice; Sears)

Syracuse will play the first of two exhibition games when it hosts Indiana (PA) at the JMA Wireless Dome on Tuesday evening. Here are five things to watch for.

1. Who starts at point guard?

This will come down to whether head coach Jim Boeheim wants to go with experience or raw talent. Symir Torrence proved he could be an effective point guard in SU’s final game against Duke, playing all 40 minutes against Duke, logging 7 points, 11 assists and 6 rebounds. But Boeheim is likely to turn to elite freshman Judah Mintz, a top 35 recruit according to ESPN. Even if Boeheim chooses Mintz, the minute distribution between the two will be interesting to track.

Sophomore Benny Williams is locked into one spot. The question comes down to whether Justin Taylor or Chris Bunch will start opposite Williams. Both are athletic sharpshooters, though Boeheim mentioned that whoever doesn’t start will be the team’s sixth man. This is also an opportunity for one to show they are more worthy of the role. The minute distribution here will be another thing to pay attention to.

3. How much has Benny Williams improved?

Williams, a former five-star recruit, had a disappointing freshman campaign, averaging just 1.9 ppg and 1.4 rpg. But he showed signs of promise in a 97-72 loss to Duke at the end of the regular season, scoring 14 points and grabbing six rebounds. He’s had an entire offseason to recover and work on his game. He’s now SU’s most experienced wing, and will need to show significant improvement if the Orange is to make it to the postseason.

4. Who backs up Jesse Edwards?

There are three options here. Mounir Hima, a 6-foot-11 transfer from Duquesne, figures to be in the running, and could potentially be the first big man off the bench. But two other freshmen could be involved as well. Peter Carey is a bouncy, athletic center who could be a redshirt candidate, but there are some early reports he’s more up to speed than expected. Maliq Brown, a burly 6-8 forward, could also see minutes at center as well.

5. How much man-to-man defense does SU play?

Syracuse has not played man-to-man since its infamous loss to Le Moyne in the 2009 preseason. Boeheim has said multiple times that the Orange will come out of its vaunted 2-3 zone. The question is how much. Certainly he’ll use the preseason games to assess how effective it will be. The Syracuse Orange men’s basketball season is fast approaching, and we’re continuing our player profiles for each scholarship player. Let’s get to one member of the freshman class who might be overlooked right now: Maliq Brown.

Strengths/Weaknesses: A four-year state champion in high school there’s been a lot of talk about Brown doing the little things needed to help his team win games. He showed his good decision-making skills by choosing Syracuse over thirteen other schools including Texas A&M and Georgetown.

Brown might be the most natural power forward on this roster but his minutes could fluctuate this season. He doesn’t project as a strong offensive player right away so his team could depend on how well the other forwards rebound and defend. We all know that the quickest way to earn minutes under Boeheim is to get on the class and be active on defense.

Ceiling: Starts off as a high-energy defender and rebounder off the bench for the Orange and his toughness and impact on the glass forces him into more rotational minutes. Brown uses his size to finish at the rim and his athletic ability to ignite the Syracuse transition game.

Floor: The other forwards do well enough on defense to stay on the floor in the hopes of helping the Syracuse offense. Brown gets some run as the on-ball defender when the Orange press and providing some toughness against bigger opponents. When ACC play he’s down to around 10 minutes per game as he develops a better knack of finishing at the rim.
... 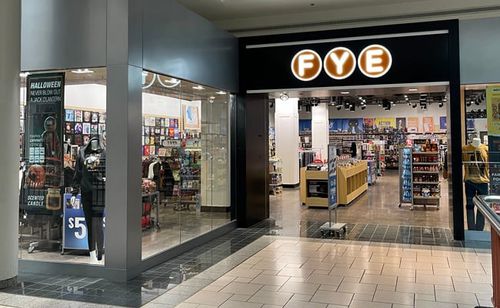 FYE is now open at Destiny USA in Syracuse

An entertainment retail store that left Destiny USA a decade ago is back.

FYE (For Your Entertainment) recently opened in a 4,500-square-foot retail space on the mall’s first floor.

“We’re excited to offer customers a fun shopping experience in the mall where they can find the newest anime everyone is talking about or the latest album on vinyl,” Jodie Evans, FYE’s chief merchandising officer, said in a news release announcing the opening of the Syracuse store.

The Albany-based FYE, then under the ownership of Trans World Entertainment, expanded in 2001 after buying out and rebranding mall-based stores. But in 2012, the company closed its Destiny USA store in Syracuse, and in 2018, shut down its Great Northern Mall store in Clay. The company also closed a number of other stores around the same time, blaming a decline in mall traffic.

FYE now operates nearly 200 stores nationwide and hopes to continue to expand the FYE brand at more locations, Evans said in the release. The company also aims to “embrace the need customers have to touch, listen, and experience products before they buy,” according to its website.

The newest FYE is located in the former FootAction space, next to Buckle, at Destiny USA.