Change Ad Consent Do not sell my data Orangeyes Daily Articles for Tuesday - for Football | Syracusefan.com
Menu
Log in
Register
Install the app
You are using an out of date browser. It may not display this or other websites correctly.
You should upgrade or use an alternative browser. 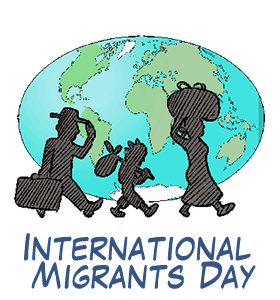 International Migrants Day serves to celebrate the movement of migrants and their contribution to world development. Globalization has made the world a much smaller place than it previously was. Humans have always migrated but now they do so much faster and much further, many of whom risk their lives trying to reach a safer land with more opportunities.

Three Reasons Why You Should Watch The Camping World Bowl

– It’s an old school Big East battle that was a yearly thing up until 2011. The two played in the 2012 Pinstripe – a 38-14 Syracuse win – but this is a matchup the fan bases are used to. For the older fans, it’ll look and feel right when these two go at it in what’s been an ACC staple bowl game since 1995.

– What is West Virginia and what’s the goal? The game wasn’t big enough and doesn’t matter enough to keep QB Will Grier and OT Yodny Cajuste from skipping it, but after losing two straight games to close out the regular season – including the 59-56 firefight against Oklahoma to miss out on an Big 12 Championship appearance – what was a phenomenal year could end with an ugly thud.

– Syracuse had its breakthrough season, but this has to be seen as the start of something big. The Orange had one bad day on the road at Pitt, but outside of that, the other losses were to Clemson and Notre Dame – no shame there. The Orange have a shot at their first ten-win season since 2001, head coach Dino Babers is signed on to an extension – after not being snapped up for another gig – and considering West Virginia is without a few key pieces, this is a big moment and a big game for the program as well as the ACC.
...

Now that the regular season is over and Syracuse knows it will be playing in the Camping World Bowl versus #15 West Virginia, let's give out our end-of-season awards for each position group.

We will start with the wide receivers.

Syracuse got contributions from a number of players who needed to step up in new roles. The team also got a lift from young receivers who didn't expect to make an impact right away.
...

In other words, Wednesday is the first big signing day...

From NFL.com's Top 25 prospects in 2018 college football season
At this point there are only two from the ACC:
RANK: T-18th - Daniel Jones, QB 2
School: Duke | Year: Junior (RS) (BB: NR; DJ: 12)
Jones missed a couple games in September due to injury, but his skill set is NFL-ready. He has ideal size, athleticism and arm talent. -- DJ

When Virginia takes on South Carolina in the Belk Bowl in Charlotte on Dec. 29, it’s another one of those ACC vs. SEC games that fans from both conferences love talking about.

Former UVa quarterbacking great Shawn Moore recently visited “The Jerry Ratcliffe Show” on ESPN Charlottesville and talked about the bowl, Bryce Perkins and how the Cavaliers need to finish the season.
“I love the matchup,” Moore said. “Honestly I was privately and selfishly hoping for a Purdue or Missouri matchup because of two guys on those teams I love.”

“It would have been fun to see Virginia’s offense go against Dex’s defense, and conversely, our defense go up against Derek’s offense,” Moore said.

Instead, we’ll see Virginia’s defense, featuring a strong secondary, taking on pass-happy South Carolina, and a Cavaliers’ offense led by quarterback Bryce Perkins facing the Gamecocks’ defense, which surrendered huge chunks of real estate to No. 2 Clemson in the next-to-last game of the regular season.
...

The area Clemson will have to be ‘really schooled up on’ against Notre Dame (myrtlebeachonline.com; Connolly)

Dabo Swinney said last week that he is further ahead with his bowl prep than ever before as Clemson coaches have spent lots of time on airplanes watching film while out on the road recruiting since the ACC title game was held on Dec. 1.

That is good news for the Tigers as they prepare to face their toughest task of the season against Notre Dame in the Cotton Bowl.

The Irish have a complex defensive scheme, according to Swinney. And it will be a big challenge for Trevor Lawrence and the rest of the Clemson offense to face off against.
“They do a good job post snap. I think that’s where we’ve got to really do a good job with our preparation,” Swinney said. “They give you one thing pre-snap, and post-snap is when all the magic happens. So they do a nice job with some of their disguises.”
...

What are the chances that the ACC as a whole moves closer to a Big 12 style of football?

Disclaimer: I don't think Clemson will change anything that we are doing on offense.

However, I think Clemson would be the driving force to this occurring if it happens.

Everybody in the ACC is currently trying to find ways to beat Clemson. The teams who have shown that they can compete the last couple of years have done so with a hurry up and mostly passing offense.

Syracuse (2 years) and NC State (2017) played Clemson close at least once in the last two seasons. Both teams basically ignore the running game against Clemson with the exception of plays where a pass is expected and they try to slip in a draw.

Out of conference, A&M and scar had success with this approach this season.

Syracuse, Wake, and BC all used a fast-paced offense this season. FSU seems to be hiring Briles which will likely bring a pass-heavy hurry up offense. It will be interesting to see what Louisville and NC State do with new OCs.

Can anybody else see this trend continuing in an attempt to "catch Clemson"?
...

Oklahoma football: Numbers to know before CFP battle with No. 1 Bama (stormininnornman.com; Rouse)

The 2018 Oklahoma football season has come down to at least one more game, and hopefully two. For the Sooners to play two more games, though, they will have to knock off top-seed Alabama in the College Football Playoff.

Something that is not as inconceivable as it might sound, despite the fact that Las Vegas oddsmakers currently list the Sooners as 14-point underdogs to the defending national-champion Crimson Tide.

This much-anticipated Playoff matchup, the second of the two national semifinal games to be contested on Dec. 29, will feature the nation’s No. 1 offense , led by OU Heisman-winning quarterback Kyler Murray, against Alabama’s widely acclaimed big, bad defense, ranked as the 10th best among FBS (Football Bowl Subdivision) teams in total defense, but No. 4 in the nation in scoring defense, allowing opponents just 14.8 points a game.
...

FSU football is still in the market for an offensive coordinator and they should be going after someone who has experience at the highest level of coaching.

There is going to come a time where the FSU football team is going to have to hire an offensive coordinator. In the weeks that have passed since Walt Bell left to become the next head coach of powerhouse UMass, plenty of names have been mentioned as the one who should lead the Seminoles on that side of the ball.

With the departure of Eliah Drinkwitz to Appalachian State, NC State had to make multiple adjustments to its coaching staff. Drinkwitz was the program’s offensive coordinator and quarterbacks coach. To solve half of that equation, NC State promoted assistants Des Kitchings and George McDonald to co-offensive coordinators.
A few days later, and the Pack have filled the second half of that void. NC State has hired Kurt Roper as its quarterbacks coach.


​
Brad Crawford​
​
@BCrawford247​
​
NC State has officially hired Kurt Roper as its new QB coach.​
​
119​
12:07 PM - Dec 17, 2018​
Roper, of course, has experience in the ACC; for six seasons, he worked as David Cutcliffe’s offensive coordinator and quarterbacks coach at Duke. After Duke’s dream season in 2013, Roper left for the same two jobs at Florida.
His tenure in Gainesville, however, was short-lived, thanks to a 7-5 season with head coach Will Muschamp.. Since then, Roper has spent time as an assistant at South Carolina and Colorado.

After losing to Pitt the next week, Wake Forest won 59-7 at Duke to reach the six-win mark. That's two road wins over bowl teams just to get to Birmingham, so the Demon Deacons are battle tested.

With Brian Kelly’s statements over the weekend regarding playoff expansion, and rumblings that ADs and others are calling for the system to grow, it would seem that, despite statements by the executive director of the College Football Playoff to the contrary, the playoff may be in expansion mode sooner rather than later.

However, it might not be the playoff itself that is the problem, but the way that teams are choosing to (or required by other constraints) to get there. UCF was left out again despite an undefeated season because the Knights are not in a major conference. Notre Dame would not even have been in the conversation had they sustained a loss. And while these factors are apparent, there are even more subtle differentiators at play. For example, while the SEC and ACC--two conferences which have placed teams in the playoff every year--each play eight conference games, the other three Power-5 conferences, including the Big Ten, play nine. Those three conferences have made no more than three individual appearances.
... 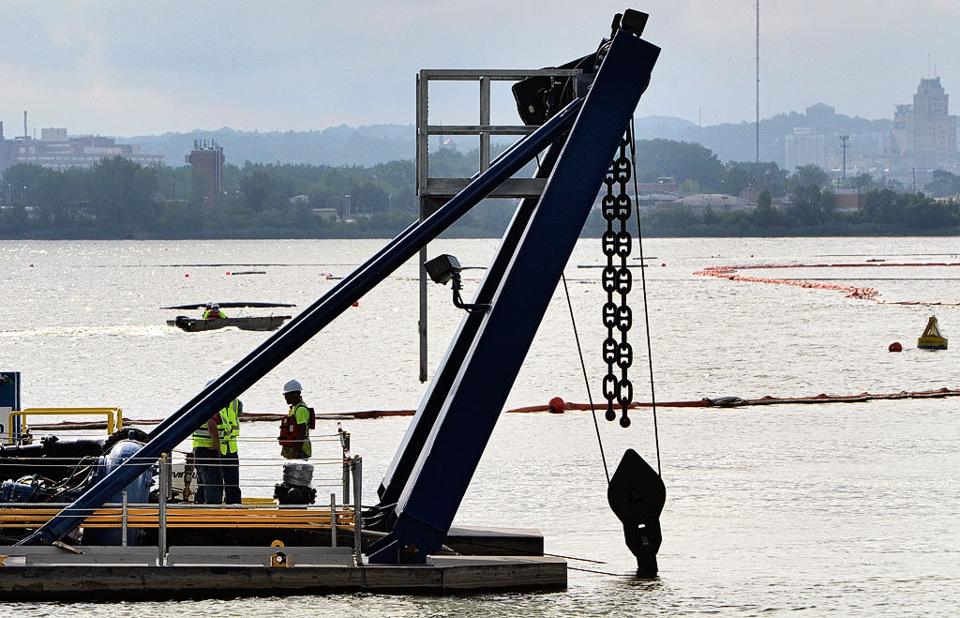 The latest phase of the Onondaga Lake cleanup will cost Honeywell about $25 million, according to the state Department of Environmental Conservation.
Honeywell will be required to cover much of the 22-acre Semet residue ponds site with an impermeable cap and up to 18 inches of clean soil, the DEC said in presenting its proposed plan to clean up the site on the west shore.

The site is contaminated with a variety of toxic chemicals, including benzene, toluene, naphthalene and xylene, and poses "a significant environmental threat," DEC said.
Honeywell is responsible for cleaning up the chemicals, which were dumped on the site from 1917 to 1970 by Allied Chemical, which became Honeywell in 1999. The site has five lagoons that hold about 20 million gallons of tar wastes. Those lagoons were as deep as 12 feet.
...
Last edited: Dec 18, 2018