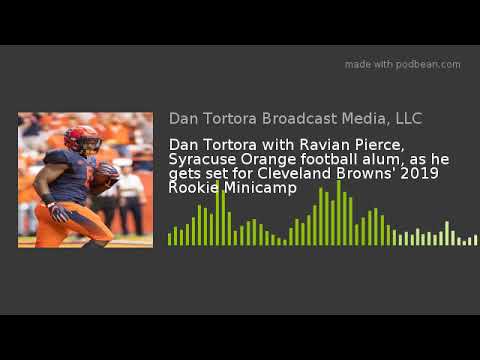 Dan Tortora with Ravian Pierce, Syracuse Orange football alum, as he gets set for Cleveland Browns'

Dan Tortora with Ravian Pierce, Syracuse Orange football alum, as he gets set for Cleveland Browns

Although prior to that double-dip it had been over a decade since Syracuse had a first-round selection. In the entire 21st century, there have only been five former Orange players taken in the opening round.

For context in that same span, the Alabama Crimson Tide have had 31 players selected. When will we see the next Syracuse player taken in the opening round of the draft?

After the 2019 NFL Draft concluded with another SU-less first round, we decided to ask the fans what they thought and here were the results via our Twitter page:


Andre Cisco
This shouldn’t be overly surprising. Andre Cisco was expected to make an immediate impact, but I don’t think even his biggest supporters thought he would lead college football in interceptions with seven as a freshman. The sky is the limit for this kid and the great challenge for Dino Babers and his staff moving forward is to make sure Andre’s head doesn’t explode from all the hype that is being thrown his way. Despite all the success he had in 2018, there’s still more he can improve on and that should be scary for anyone facing the Orange in 2019 and beyond.
Alton Robinson
... The ACC spring football season has come to a close and the conference has new life. The 2017 and 2018 seasons weren’t very kind to ACC football, even with Clemson being a dominant program around the nation. Even with the Tigers being a College Football Playoff mainstay, the ACC has been harshly criticized for the quality of week-to-week competition.

There are new head football coaches around the ACC including the Coastal’s Georgia Tech Yellow Jackets, UNC Tar Heels, and Miami Hurricanes. The Atlantic has a more stable footing but the Louisville Cardinals have a new coach, too. The turnover in the ACC could be seen as a negative but I feel it’s a positive step heading into 2019 and the new ACC Network (via ESPN).

As I’ve written in the past few weeks, there are new stars in the ACC on the field, too. There have also been some big time spring game performances that have sparked an interest in the conference (here and here).

Hopefully the hype behind Manny Diaz and “The New Miami,” Geoff Collins and the 404 swag (and Waffle House stuff), and Mack (Brown) is Back will put more eyes on the ACC this football season; but they’ll also have to back it up. The conference needs a boost and the new network needs a great game from the Jackets against Clemson to open its network TV slate, and the ‘Canes need to beat the Gators in front of a national week zero TV audience.
...

Clemson football offensive lineman John Simpson has quietly progressed into a reliable option at guard for the Tigers heading into his final season.

Clemson football offensive lineman John Simpson enters his senior season as an All-ACC caliber player with the ability of becoming a solid leader for the Tigers.

It seems like just yesterday that John Simpson had stepped on campus as a big-time 4-star offensive lineman.

Now, he steps in as a veteran on the offensive line and will garner All-ACC honors in the interior of the line.

Though Simpson hasn’t been a widely recognized or talked about individual, you can see his progression over the past three years and I expect to see him take huge steps forward during this final campaign.

You can see the development in different areas when you go back and watch the film in 2018. He’s gotten better in his technique. His power is on a better level than that of past seasons. You can even see more progression from the start of 2018 to the end when he’s playing against Alabama.

Simpson is going to be a part of the best interior offensive line for Clemson football in quite some time. He’ll play beside Sean Pollard at center and Gage Cervenka on the other side and it’s expected that the group is able to be dominate in the interior and open up holes up the middle for both Travis Etienne and Lyn-J Dixon.
...

With the addition of three new college football bowl games in 2020, it’s time to re-evaluate what making a bowl game will mean when 65 percent of FBS schools will do so.

In two seasons, there will be additional bowl games played in Boston, L.A. and Myrtle Beach, according to Stadium College Football Insider Brett McMurphy, which will bring the number of bowl games to 43, if you include the College Football Playoff Championship.

Last season, 83 teams finished the bowl season with at least six wins and 10 teams entered their bowl game with a 6-6 record.

Four bowl-eligible teams – Miami (OH), Southern Miss, UL Monroe and Wyoming – didn’t receive a bowl invite last season, which means if the three soon-to-be-added bowl games were in place in 2018, two 5-7 teams would make a bowl. Fifteen teams finished last season with a 5-7 record, so 73 percent of FBS teams would have had a case to make a bowl game.

Of course, the number of bowl-eligible teams varies from year to year. In years when there projects to be more spots available in bowl games than six-win teams, get ready for 4-7 teams to play for bowl berths in Week 13, which in some cases will lead to bowl teams that finish the year 5-8.

Just think about that for a minute.

While it’s not quite apples to apples, in NCAA Division I
...

The ACC has a problem with its divisions in football - they're supposedly divided for balance and rivalries (certainly NOT for geography!), but they're not balanced and they don't facilitate natural rivalries!

In this year's NFL draft there were 18 players selected from Atlantic division teams but only 10 from Coastal division teams - and half of those were from just one team, Miami. To put things into focus, Boston College, NC State, Syracuse and Wake Forest combined for as many draft picks as the entire Coastal division combined (and if you drop off Miami then BC and NC State beat the rest of the Coastal 8 to 5). Meanwhile, the biggest declines in terms of roster talent have probably occurred at the two "Tech" schools (GT and VT), which combined for zero players drafted this April.

The ACC claims that results show the divisions are fairly well balanced. They will point to the fact that the Atlantic division was merely 8-6 against the Coastal - nearly even! However, that's very misleading... Boston College, Clemson and NC State all went 2-0 against the Coastal division, while Florida State and Louisville both went 0-2. That's very out of character for FSU in particular. Then there's the cases of Syracuse and Wake Forest who both lost to Pitt (of course, Pitt won the Coastal division - thanks in part to going 2-0 against those Atlantic division teams!). Really, if not for Pitt winning those two games - or FSU losing its two - the disparity between divisions would have been much bigger.
... 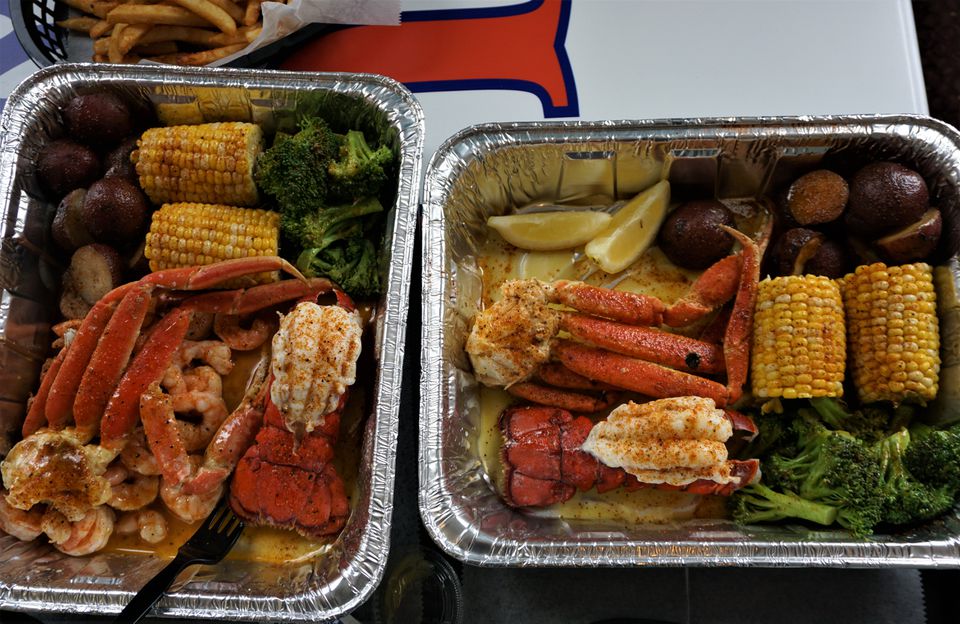 Seafood any way you like it on the menu at new Syracuse restaurant (PS; Pucci)

The menu at Cuse Catch & Grill reads like something Benjamin Buford “Bubba” Blue would have said in “Forrest Gump.”

The restaurant, which opened in late April on Syracuse’s North Side, serves more than a dozen types of seafood prepared broiled, steamed or fried, with your choice of four seasonings.

Owner Mondo Ramadan opened the restaurant at 201 Wolf St., located inside a former First Trust & Deposit Co. bank. Ramadan, who previously ran the Old World Deli in downtown Syracuse and a Wings Over Syracuse location in Mattydale, said he saw a need for another seafood-focused restaurant in Syracuse.

“People are starting to eat healthier,” he said, stressing the restaurant’s many steamed offerings.

Of course the menu has fried haddock with French fries, coleslaw or mac salad. It’s Syracuse after all. But it also features crawfish, snow and king crab legs, clams, mussels, shrimp, scallops, salmon, catfish, pollock, and lobster tails, prepared steamed or broiled, with your choice of Cajun spice, garlic butter, lemon pepper or the special house seasoning.
...
You must log in or register to reply here.