Can we please put an end to the Girard eating jokes?

Status
Not open for further replies.

OrangeDW said:
i have spoken no pants
Expand...

MAJOR props for this gem from the distant past of this board. Brings back memories of RaoulDuke, Maxxy, FrankLagga (RIP), UEO, DickinMI, Igor/Bonn (RIP), the early days of the Chip/Millhouse bromance, PeteCalvin (and his mom) and other golden era posters.

A lot of old school posters would be disappointed that no one responded to the OP with "Thanks, Mrs. Girard", or, "Thanks Mommy! I love you! Signed, Joey G 3"

I haven't followed the boards for a while. But I'm old enough to remember pre-internet days when bar room chatter included estimating the daily Big Mac consumption of Derek Brower, or Pearl's one time gut- which didn't affect his play much.

Me? Whatever. Guys rag each other all the time. I'd have preferred another guard from Section 2 on our roster, but he's getting plenty of run in the ACC so that worked out well. I do think JG3 is of the most over-rated players on the roster in years- maybe decades. Maybe since Bobby Lazor. Seems to be something that happens- NY is a "small pond" especially upstate, so kids who get huge hype sometimes struggle at the next level. But they're still great players and do great things.

Not uncommon to put on a little weight in college, and athlete or not, this lockdown crap can't help. Lord knows I wish it were Marek that packed on some tonnage. I have an extra 45 or so I could easily spare if he'd like to have lovehandles that jiggle when he walks.

Kids are gonna get picked on. We do it to other teams, other teams do it to us and their own.

Where the hell is KaiserUEO when I need him? He'd have settled this within 5 posts.
Last edited: Feb 18, 2021
S

orangemass said:
He’d be a much better player if he lost the spare tire. He needs to work on his body in the off season
Expand...

blust2i3d4 said:
If JG3 gets fatter a little more, he will be SU quarterback's center next year.
Expand...

What’s up there on the Marshall street still for fool Varsity, insomnia cookies, pita pit, some burger place? What’s up there.
francos is just down the road.

i heard the new jumbotron ran out of pixels on his replay.

I thought the script unis made him look thinner!

Frustrated said:
I thought the script unis made him look thinner!
Expand...

They are slimming. It's the orange side stripe.

If they really wanted to accentuate the effect they could make it a little more diamond shape in profile/v shaped from the front and back. 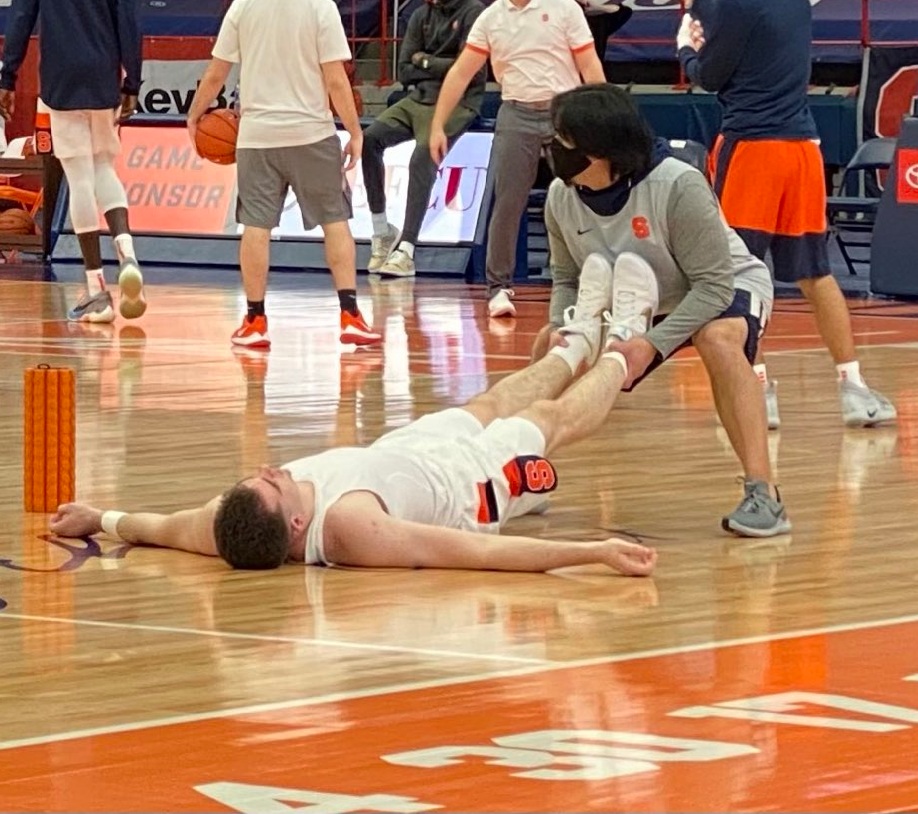 Man, that post-meal food coma is a b**ch!

I can finally see my feet!

Status
Not open for further replies.

The Downside - NC State I

The Last Jim Boeheim Show of the season
2