Change Ad Consent Do not sell my data Clayton Moore...Akron qb.. | Syracusefan.com
Menu
Log in
Register
Install the app
You are using an out of date browser. It may not display this or other websites correctly.
You should upgrade or use an alternative browser.

Didn't he verbal at Syracuse and Marrone shut him down after the coaching change?

I thought he was the one that wanted to come to Syracuse. Came to Syracuse for a visit, dropped off some video, all while HCDM was out recruiting.

jvbj01 said:
Didn't he verbal at Syracuse and Marrone shut him down after the coaching change?
Expand...

That was Garrett Barnas

Why does Clayton Moore ring a bell?
S

He was being recruited by SU at some point in early 2009 shortly after Marrone was hired, for some reason SU dropped interest on him and went with Loeb as the QB of that class

jvbj01 said:
Why does Clayton Moore ring a bell?
Expand... 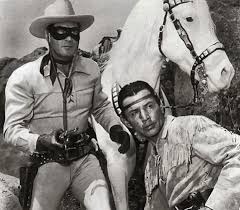 I thought he ended up at Ole Miss? Must've transferred after a year.

I think he left ole miss for either academic or discliplinary reasons and then played for another jc before ending up this year at akron. I think SU offered, but the kid liked ole miss- might even have gone there as a preferred walk-on.

Here's the Clayton Moore story. At halftime of a state playoff game he & his coach had an argument. Moore was thrown off the team right then and there. He had already verbaled to Ole Miss. Due to pressure from the Mississippi State coaches association Ole Miss dropped his scholarship and offered him a chance to walk-on until the heat was off. They wanted him to grayshirt and told him he would get the next available scholarship.

After Ole Miss dropped the scholie he contacted Coach Spence, who his family knew through church. On his own dime he came to SU, saw that Syracuse wasn't NYC loved the size of the city and loved the Dome, our tradition and SU's academics.

The coaching staff was on the road and Kevin Van Derzee spoke with him and arranged his tour of the facilities. Clayton was under pressure to make a decision as enrollment deadline at Mississippi was closing in. He never heard back from SU and then enrolled at Ole Miss. That scholarship never happened nor did Houston Nutts suggestion that Clayton run the wildcat ala Tim Tebow, so he transferred to a JUCO. He lead his team to the Mississippi JUCO championship. He had a few offers and decided on Akron.

Regarding that argument with his coach, there was a history in relation to an injury he suffered just before his senior season. He hurt his back lifting weights. He asked to sit out the first game of the season and the coach accused him of thinking more of himself than the team. The coach felt, he Moore, was being overprotective of the injury to the detriment of the teams goals. Clayton was worried about losing his scholarship if Ole Miss thought he was an injury risk.

Here are three stories by Donnie Webb in chronological order.

Mississippi quarterback waiting on an offer from Syracuse

Moore headed to Ole Miss, said he never heard back from SU

FWIW, Garrett Barnas, the QB that tried to slip in the back door when nobody was manning the house, ended up walking on to Northern Illinois and played Safety for two years.

We definitely didn't miss out on anything by passing on those two guys. Marrone obviously knows what he's doing on the recruiting front.

Thanks OE. I knew there was a link to SU.
J

OE, what a response.
Well done!!
You must log in or register to reply here.

Class of 2023 Recruits and Offers