Look, every story about Teacher Appreciation Day or Teacher Appreciation Week is going to espouse the same platitudes. It's a day for celebrating teachers, who are, generally, under-appreciated. But those platitudes shouldn't ring hollow. Teachers are great and they simply aren't given the credit they're due as politicians try to use schools, teachers, and teacher unions as pieces in a game of chess that ignores the tremendous value teachers provide.

So, today, of all days, show a little appreciation to the educators in your life. Restaurants across the country will be doing it by offering free and cheap grub to teachers and other school staff. Below you'll find deals from national chains like Chipotle, Buffalo Wild Wings, Bruegger's Bagels, McAlister's Deli, and many others. 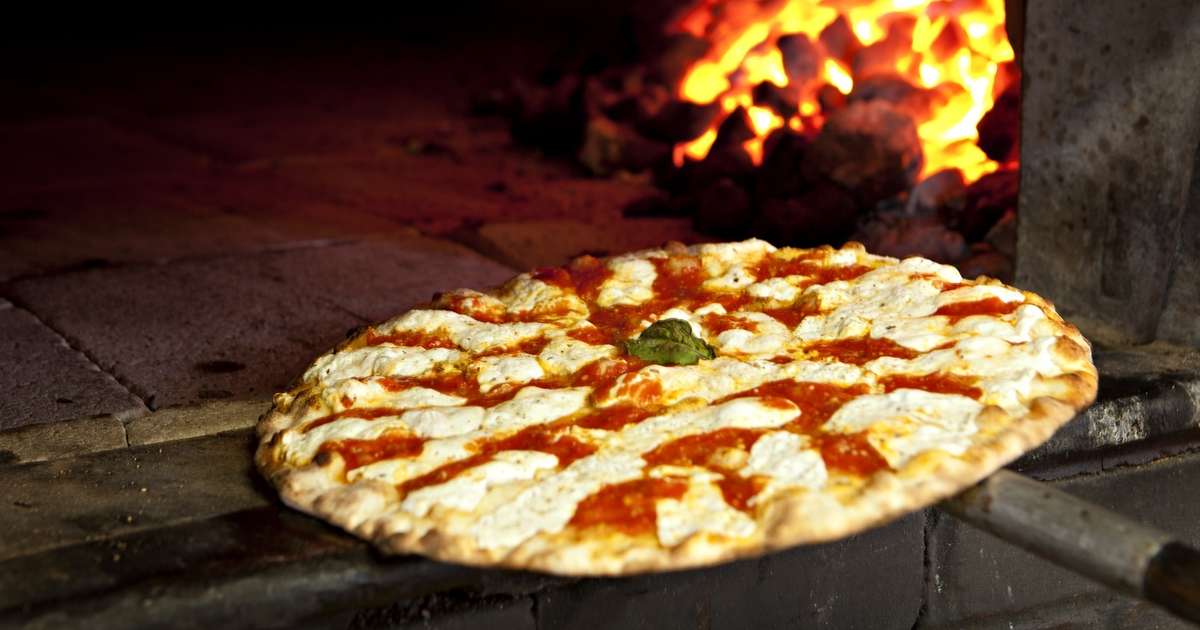 Everywhere You Can Get Free & Cheap Food for Teacher Appreciation Day 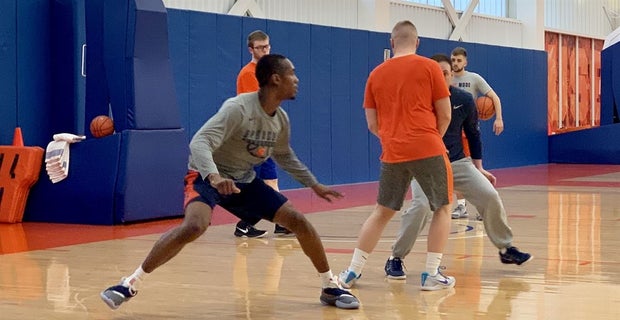 Syracuse basketball has a critical offseason upcoming, given what they lost from a season ago and all of the question marks surrounding next year's roster. There is certainly a lot to be excited about, but there are also fewer known quantities returning as opposed to last season. One of the most important players will be point guard Jalen Carey and how much he improves during the offseason.

CuseNation.com is going to profile each scholarship player expected to be on the 2019-20 to take a look what they must do during the offseason, expected role next season and much more. We start with the aforementioned Jalen Carey.

Jalen Carey was the primary point guard when the season began. With Frank Howard injured, Carey took that role much earlier than anyone expected. He started out playing well, scoring seven points in the season opener and following that up with 26 and 14 points in Madison Square Garden against UConn and Oregon. He played well defensively in those games, shot the ball at a solid percentage and made his free throws.

Once Howard returned and the season progressed, however, Carey's role diminished. There were some ACC games where he did not see the floor at all. Others he only played during blowouts for a minute or two. With Tyus Battle out of the ACC Tournament and Howard out for the NCAA Tournament, Carey still did not see a lot of minutes.
...

The offseason is coming, but it’s anything but smooth sailing into summer for Commissioner John Swofford and the ACC.

With the league full-speed ahead toward the launch of the long-awaited ACC Network in August, there’s plenty on Swofford’s plate as he and the league continue to navigate the changing world of college athletics.

Here’s what was on Swofford’s mind as he met with journalists today during the Associated Press Sports Editors’ annual regional meeting at the ACC headquarters:

With just more than three months until its launch on Aug. 22, the ACC Network remains the top focus of those around the league as distribution deals are worked out, programming decisions are made and talent is hired.

“We don’t think we could be in any better shape for that than we are right now,” Swofford said. “I would say everything is on schedule.”

The ACC made a splash in March when it rolled out the first of its carriers and already has deals in place with DirecTV, Google Fiber, Hulu Live TV, Optimum, PlayStation Vue, Suddenlink and Verizon Fios, among a host of local carriers.

Among the big-name national carriers that have yet to reach a deal with Disney, parent company of ESPN, for the ACC Network are Comcast, Charter, Dish Network and AT&T U-verse.

Because of the nature of television carriage deals, it’s likely several of those deals could be announced near the launch date, and that’s something for which Swofford and the ACC are prepared. One thing the conference learned from watching other conferences launch their networks was ensuring they had proper leverage in the marketplace, and Swofford feels that the ACC Network has that in partnering with ESPN.

The commissioner of the ACC seemed uncertain about the likelihood of the ACC Network being available to the customers of one of Pittsburgh’s main cable providers when the channel launches on Aug. 22.

John Swofford met with several reporters on Monday at the league’s headquarters in Greensboro, North Carolina for an on-the-record conversation, as part of an annual regional meeting for the Associated Press Sports Editors.

When asked by Pittsburgh Sports Now if Comcast customers will be able to find the ACC Network on their dial when the channel launches, Swofford said, “I can’t answer that yet.”

The commissioner cited some ongoing negotiations that ESPN and Disney are working through regarding distribution. Swofford did mention negotiations with Spectrum and AT&T, but didn’t provide many details. He was even more tight-lipped regarding Comcast.

“We don’t think we could be in any better shape for that than we are right now. I would say everything is on schedule,” Swofford said. “You’ll be able to get the network one way or another just about anywhere. … Mickey Mouse carries a lot of weight.”

In March, ESPN announced it had signed distribution deals with DirecTV, Verizon FiOS, Hulu, Playstation Vue and other smaller cable and streaming services.

“The linear distributors, it’s set up right now on when their deal is over with Disney, with ESPN, those are the ones where ESPN has been concentrating at this point and time,” Swofford said. “All of those will have the opportunity to come on board before the launch.”
...

The ACC Network launches in three months. Will it be available on cable in North Carolina?

The ACC Network is set to launch on August 22, a long-awaited television home for the conference. But will fans in North Carolina, the heart of the ACC, be able to view the network when it hits the airwaves?

The ACC Network, a partnership between the conference and ESPN, does not yet have a carriage agreement with any of the major cable systems in North Carolina (Charter/Spectrum/Time Warner and AT&T) and is still missing at least one major system in the ACC footprint (Comcast). The network does have deals with DirecTV and several cable providers elsewhere on the East Coast.

I missed this back in March: "ESPN’s ACC Network will launch this August. Here’s what you can expect."

It covers the announcement of the Mark Packer/Woody Durham hire, as well as the season-opening ACC basketball games and the one-hour documentary "The Class That Saved Coach K" (about the 1982 Duke class) and the multi-part film "The Tournament: A history of ACC Basketball".

Then, they slid this in at the end:

The ACC Network will launch on Aug. 22. It is expected to bring at least $10 million in revenue for each ACC school.

It sounds about right, I guess time will tell.

Posted 25 minutes ago by Hokie Mark 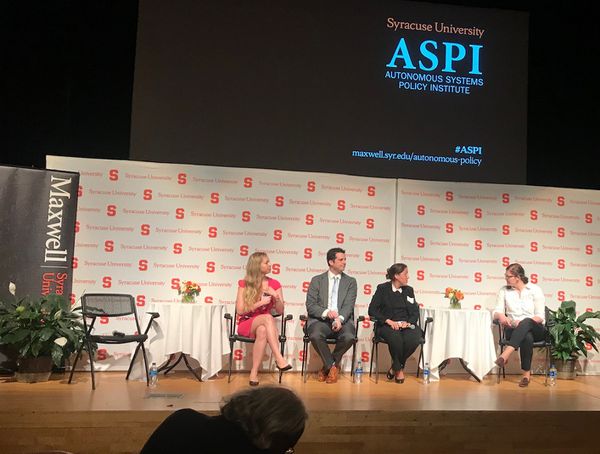 Syracuse University has announced a new institute that will research the ethics, potential and impact of autonomous technology on our lives.

We’re talking driverless cars, a not-so-distant future with thousands of drones dotting the sky and robots that replace humans at work. The institute is studying all of it, bringing together engineers, lawyers, policy experts and even philosophers.

The idea is to make sure the law and implications of automated systems can catch up to the technology. The institute is the first of its kind in the country, according to David Van Slyke, dean of the Maxwell School of Citizenship and Public Affairs.

Here are five cool things the institute will take on, according to experts who spoke in interviews and a panel conversation Monday at the Schine Student Center on campus.