Welcome to Hurray for Buttons Day!

Hurray! Today we celebrate buttons! The first buttons were used for ornamentation and seals, and have been found in the Indus River Valley (c. 2800-2600 BCE), China (c. 2000-1500 BCE), and ancient Rome. The oldest known button—dating to 5000 BCE—was made from a curved shell and found in the Indus River Valley. Buttons that function as fasteners, along with buttonholes, didn't come about until the 13th century, where they first appeared in Germany and spread throughout Europe. They have been made from almost every material, their composition often reflecting the popular materials of the era in which they were made. Today they are most often constructed out of hard plastic, metals, seashells, or wood. They have been created by artisans, artists, and craftspeople, out of raw materials or found objects such as fossils, or from a combination of both. They have been made in small quantities, or in large quantities at factories 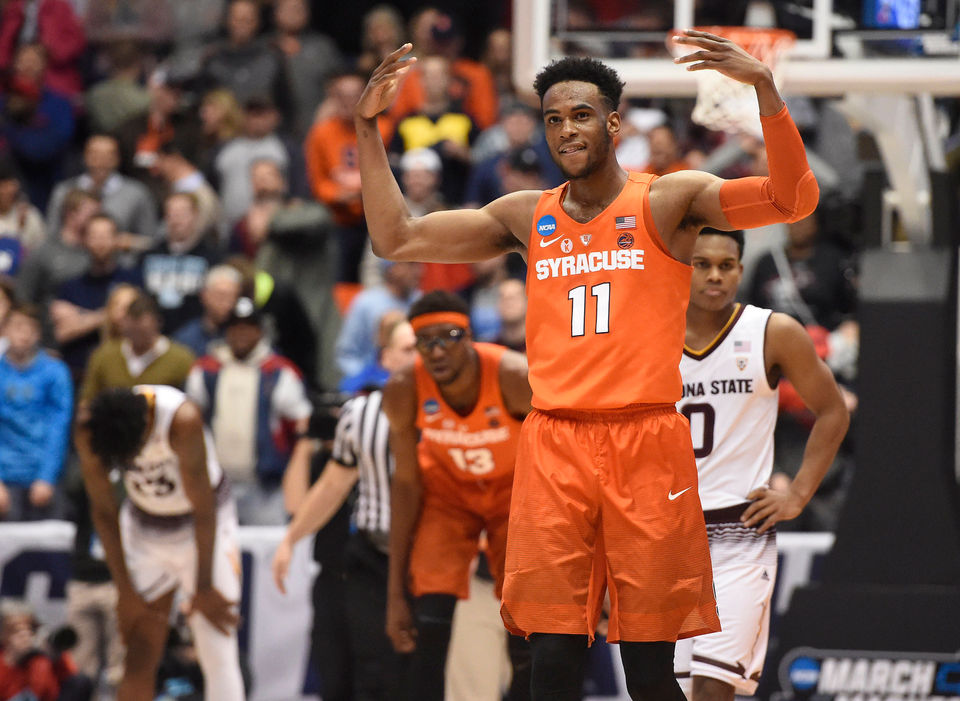 What are the odds on Oshae Brissett's return to Syracuse? (Mike's Mailbox) (PS; Waters)

Will Oshae Brissett go pro or return to Syracuse?

For the second year in a row, Syracuse fans await the decision of a Syracuse player who has entered his name in the NBA draft, but kept open the possibility of returning to school for his junior year.

Last year, the player was Tyus Battle, who ultimately returned to Syracuse. This year, it's Brissett, the 6-foot-8 sophomore who has basically put up 13 points and 8 rebounds consistently for each of the past two seasons.

That's question No. 1 in this week's Mike's Mailbox, but we've got more. So let's get to them.

Got a question for Mike Waters? Email him at mwaters@syracuse.com or find him on Twitter at @MikeWatersSYR.

Dennis Nett | dnett@syracuse.com
Q: What is the percent chance Oshae Brissett comes back to school?

Seriously, I don't know. I haven't talked to Brissett since Syracuse lost to Baylor in the first round of the NCAA tournament.

I understand it's tempting to read the tea leaves and come up with a guess, but it's still just a guess. As a reporter, who tries to base everything I say and write on facts, guesses are to be avoided.

Brissett is going through the NBA's pre-draft process in a fashion similar to the steps that Tyus Battle took a year ago. His decision to enter his name in the draft this year did raise some eyebrows because his production as a sophomore was not as good as it was as a freshman.

Brissett wasn't invited to the NBA combine as Battle was a year ago, but he has been invited to the G-League Elite Camp, which begins next Monday in Chicago. Brissett is also able to schedule workouts with NBA teams. He worked out for Philadelphia earlier this week.

It's all going to depend on the feedback Brissett receives following the G-League camp and his workouts with teams and also whether he's interested in returning to Syracuse, improving his game and getting himself more prepared for life as a pro or whether he wants to begin that life now.
...

The Syracuse basketball squad has an intriguing 2019 class, and several players made the cut for one recruiting service’s final rankings.
I’ve always preached that recruiting ratings have to get taken with a huge grain of salt, because they are subjective and don’t mean a ton to me, however, we should note that four guys who are part of the Syracuse basketball team’s five-member 2019 class are included in the final rankings released by 247Sports earlier this week.

From a larger perspective, SU’s 2019 class as a whole is slotted 30th across the country and seventh in the Atlantic Coast Conference, per the 247Sports Web site.

Quincy Guerrier, a 6-foot-7 wing out of the Thetford Academy in Thetford Mines, Quebec, is No. 67, yet he dipped 13 spots since the previous 247Sports ratings came out. No big deal, if you ask me, as Guerrier has boatloads of potential and could certainly compete for significant minutes during his freshman campaign.

Jesse Edwards, a 6-foot-11 center from the IMG Academy in Bradenton, Fla., who is the most-recent ‘Cuse signee, jumped 222 places to No. 123. Since Edwards only arrived in the United States a few months ago, that’s probably why his prior rankings didn’t prove all that eye-popping, but this stud has a prowess for scoring in the paint, something which the Orange desperately needs going into the 2019-20 term.
... 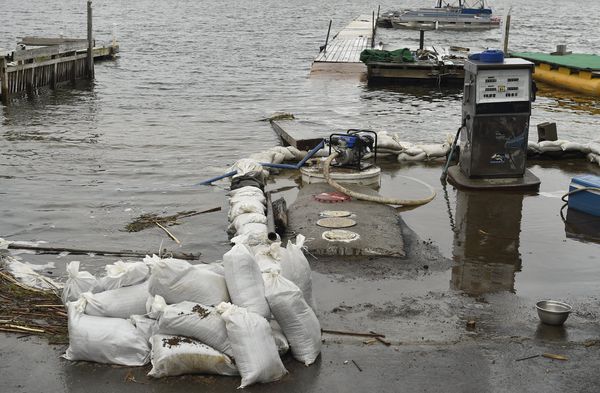 The water level of Lake Ontario is rising steadily, inch by inch and day by day, and local officials say it’s reached the point where storm sewers soon may overflow.

Newfane Supervisor Timothy Horanburg said the town is pumping lake water that has backed up into its sewers from the west side of the hamlet of Olcott to the east to prevent overflows.

"Once we get water in the yards where the vent pipes come up, we'll have to start pumping our sewer system," Horanburg said at a news conference Wednesday.

The lake level reached 248 feet above sea level Wednesday morning. Local officials have regarded that as something of a magic number for flood threats.

"It's 248 today, and 249 is where it peaked in 2017," said Jonathan F. Schultz, Niagara County emergency management director. "Unfortunately, the Army Corps (of Engineers) says we've still got a ways to go."

"The Army Corps of Engineers tells us we're 5 1/2 to 6 inches below this date in 2017," said Patrick A. Murphy, state commissioner of homeland security and emergency services. "We're about 15 inches below the peak in 2017, but the level is predicted to rise another 8 inches potentially, given current conditions.
...