the crane the crane

Maybe we finally gave the visiting team their own clubhouse.

corpjet said:
This thread should live in infamy and be locked on page 344.

Appears to be a gorgeous day in the 'Cuse. Forecast calls for partly sunny skies with temps in mid to upper 70's. One can only imagine a world without COVID and a renovated Dome that allowed a degree of actual sunlight inside on such a glorious day this second week of October...'what a wonderful world it would be.'

I hope Wildhack kept the receipt.

We were wondering why there were still boxes on top of the roof and why workers were still up working.

I think this at least in part answers that question.

There were several construction workers with large boxes on the Barnes Center side of the dome roof last night at 6:00 PM who appeared to be working on the seams.

sutomcat said:
We were wondering why there were still boxes on top of the roof and why workers were still up working.

I think this at least in part answers that question.

Are the boxes supposed to catch the rain water?

I wonder where these will be placed.

I’m guessing they’re going somewhere on the exterior of the building.

Right in front of the Carrier name.

SUbear said:
Right in front of the Carrier name.
Expand... 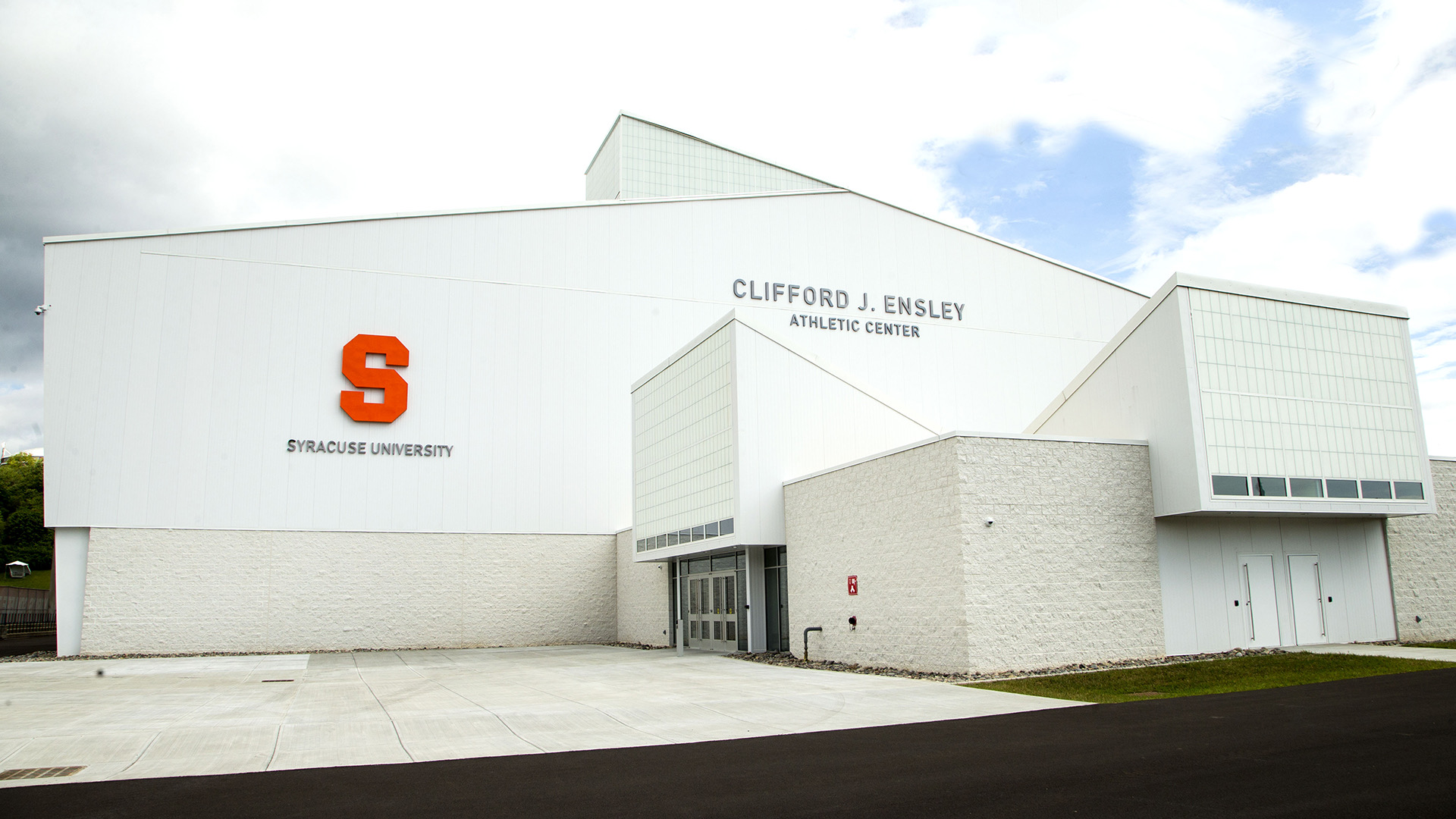 Right where they are. Darn curbside delivery.

Maybe where there are x crossbars supports. 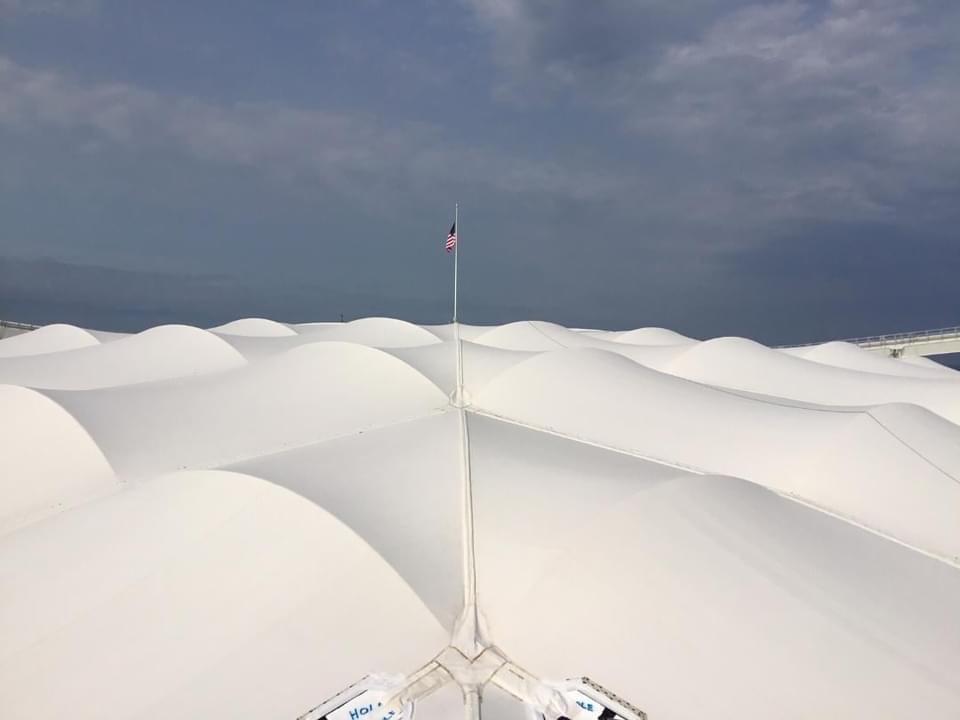 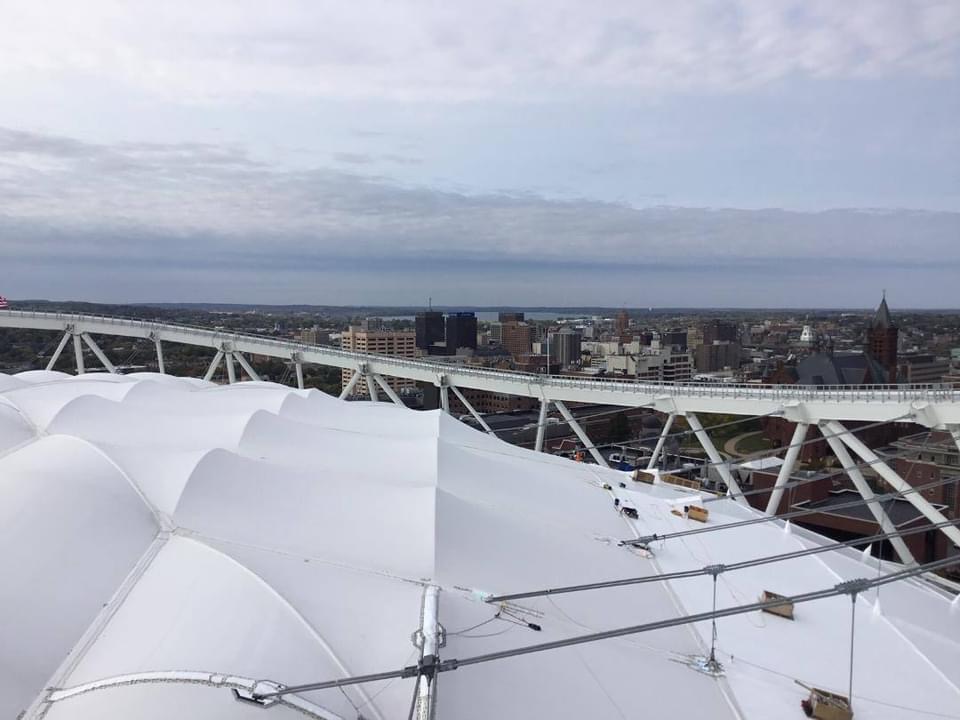 In an interview on Cuse on the Couch on Saturday, Pete Sala said they put protection on the field after the first game to ‘clean things up’ on the roof. Pretty sure he was referring to the safety nets, which appeared to be gone for the game on Saturday. Sounds like they are still doing work with cranes inside the dome this week.

I haven’t been in the dome since it reopened but a lot of stuff that was up there is, last I knew, still missing. The big banners honoring the 3 basketball teams that have won national championships. The big banner honoring the 1959 football NC team. The 44 jersey for football. All the basketball jerseys and other football jerseys that have been retired.

I think Pete mentioned with the rafters now in place, they can do some things that were not possible with the old roof. Not sure if they are just going to put stuff up there piece meal, as possible, game by game, or if they are going to put a lot of stuff up, covered in black and unveil them en masse at some point.

But surely they are going to put a lot of that stuff back up. Maybe they will go back to the days of Manley, when there was a banner for every NCAA and NIT bid Syracuse earned? I would thing they will at least put them up for the Final Four teams, men and women.

He also talked about AC a little more than he has to date. Said it was in place for the private boxes on the south side of the stadium. Said they were ahead of schedule for the rest of the building, and thought it would be done in March or perhaps April. The next thing to get done are the private boxes on the north side of the stadium. I think he said they need to put some cooling coils in the fan boxes on the north side to make that happen. But some lines have to be completed. They are taking advantage of the COVID based ban on fans to do things they thought would have to wait until after football season.

He said they also did significant enhancements to the locker room areas. But I have seen pictures of the locker rooms taken at the start of the season and the lockers anyway, look the same to me. As in not very impressive. I think the changes might be more ADA related in the bathrooms. Stuff like that that is not obvious and can’t be used as a recruiting tool.
Last edited: Oct 12, 2020

Looks like the seams here have been filled nicely. Based on where the PS reported the leaks happening, my guess is that the problem area is the border between the PTFE and hard shell sections. NJCuse97 said this was going to be a problem from day one...
C

looks like a lot of boxes are off the roof 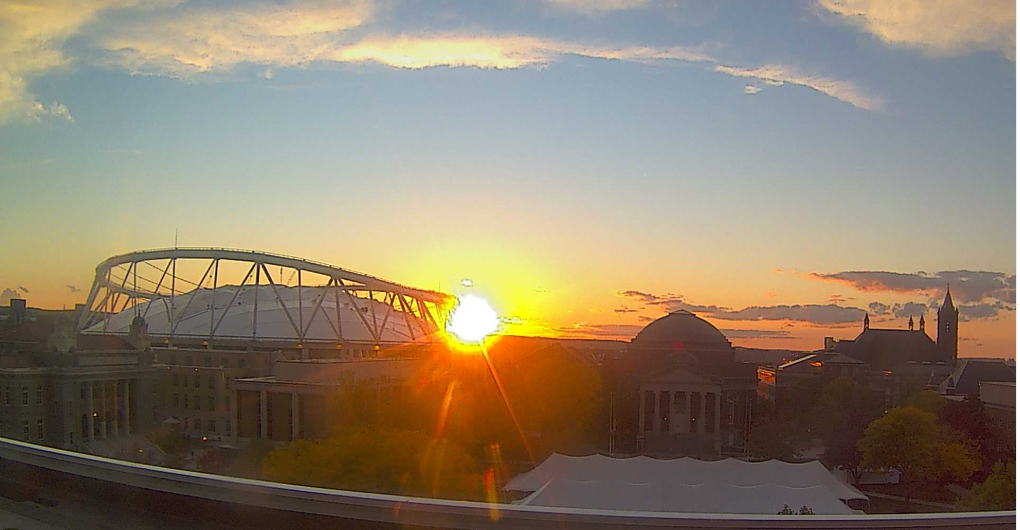 Chris02M said:
looks like a lot of boxes are off the roof
Expand...