OrangeXtreme said:
I wonder what Axe will talk about ???

Desko and Staff inc Donahue and III should be awarded and paraded through the city as far as I’m concerned! 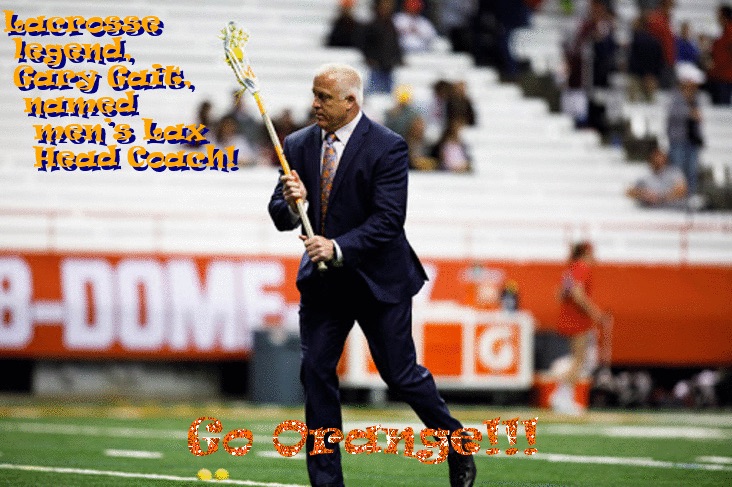 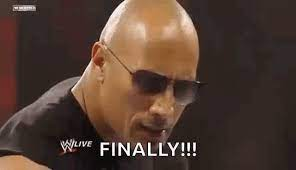 ForCuseSake said:
Rumor has it he's going to UMass right after their B1G invitation is official.
Expand...

Only if the ACC doesn't take them first!

John Wildhack opening remarks on Gait: "He is the Michael Jordan of lacrosse."

"Coaching Syracuse lacrosse comes with great expectations, but Gary is more than capable of leading our men's program back to the championship level we all covet."

Gait goes into his background. Credits Dad and Ron McNeil as a forward-thinking coach who taught him how to learn the game.

Gait: Every coach I had in Canada was a volunteer. "I didn’t think coaching would be a career."

Gait coached lacrosse for the first time at age 15. Yes, that’s not a typo. He coached a youth team with his brother, and that “gave him a bug” to keep an interest with coaching. He stopped because his life got hectic, but that gave him a “taste.”

Gary Gait said he wants to heighten the level of chemistry at SU and “take it to the next level on the offensive end.” Wants to create a big buzz with the way Syracuse plays.

Gait: (Men's game) is not better. I've had opportunities to leave and go to men's side, but I believed my value was on the women's side.

Gary Gait said he’s had opportunities to move on to other jobs in the men’s game. “To be able to come here and coach the men at Syracuse is a dream come true.”

"I look forward to the day when we both can raise the national championship. Hopefully that can be very soon."

"Well he's already been a tremendous help," Gait referring to former coach John Desko. "I'm sure we'll have opportunities in the near future to honor his greatness and what he's done here."

Gait added that he wants the team to have “style with substance.”

Gait said that moving the recruiting date back to Sept. 1 will help, and will halt the "guesswork" about how certain players will develop throughout high school.

Gait said that one of his focuses is to be more targeted on recruiting with smaller classes but bringing in the best of the best.

Gait on staff: We're getting close. We should have announcements soon. Pat March is on the road recruiting now. That sounds like confirmation.

Gait said that he’s gotten up to speed quickly with the team and will hone in on recruiting. He said that he’s met with the team on Zoom and he plans on keeping touch with them and getting to know the players. Gait added that he still has commitments on the Women’s side that he’ll attend to.

Gait on matching his success here as a player as the coach: “The job was to be a top-5 team and win a championship” as the Women’s Coach. He said that he wishes he had a redo to get that title, but the pressure for this new job comes from within.

Gait on his successor for the women's team: Our admin will find the best fit to continue on as a top-5 program and contend for titles.

Gait on timing of getting the job: Says it was after the title game and after Desko decided on his retirement. "That's when I found out everything." Said it didn't take longer than 2 seconds to accept the job.

John Wildhack now back at the podium. Said it was John Desko's decision to retire. There was a short list they then. vetted, Wildhack said, before it became clear that Gait was the right one for the position.

Wildhack said the focus was on finding the best fit, not the best alumni. And that was Gary Gait. He added that the decision came quickly and that Gait was the right place for him given his role in the community.

Wildhack said that, on the Women’s side, that they have outstanding candidates and that they want to have a thorough search for the next championship level coach.

NOTE: Both Kayla Treanor and Michelle Tumolo are currently in MD trying out for the Women's National Team.

Wildhack acknowledged the rise in talent of lacrosse across the country, but he sees that as a new advantage. He also adds that he wants Memorial Day to be a hectic weekend for SU.
Last edited: Jun 10, 2021

Hop in, Dave and bring the kiddies along. This is going to be a wild ride!

-Wants to bring Syracuse back to a more exciting brand of lacrosse. Wants to see the Dome filled with 20,000 people again. Wants players to innovate and be creative. Focused on the offensive end of the field.

-Made reference to Pat March already being on the recruiting trail so that pretty much confirms he's back on the staff. Big positive. He didn't mention anyone else on the staff but said announcements would be made in the next couple of days.

-Wants to focus the recruiting on quality over quantity, smaller classes but better players. I think a lot of us on here have been arguing for that for a number of years.

-Said he is still working with the Women's program until they find their replacement.

Coach Gait, you are our dream to replace the legendary Coach John Desko!

Besides the Gait brand, what does Paul do now?

DoubleDee said:
Besides the Gait brand, what does Paul do now?
Expand...

Isn't he involved with the Kinghthawks (owned by Pegulas)?

Offense is the biggest problem imho, glad to see he'll be focused on the offensive end of the field.

PhatOrange said:
Offense is the biggest problem imho, glad to see he'll be focused on the offensive end of the field.
Expand...

Wait...wuh? Our offense went on 15 minutes stretches of not even touching the ball this season and our defense treated GBs like hand grenades. The offense is the least of our worries.

ESPN got half of the new NHL rights deal