Change Ad Consent Do not sell my data NY Times - Syracuse and Pitt in Talks With A.C.C. | Syracusefan.com
Menu
Log in
Register
Install the app
You are using an out of date browser. It may not display this or other websites correctly.
You should upgrade or use an alternative browser.

NY Times - Syracuse and Pitt in Talks With A.C.C.

Syracuse Athletic Director Daryl Gross, when reached on his cellphone in Los Angeles, where the Orange will play Southern California on Saturday, also declined to comment.

Wow, that is an awful lot of "no comment".

Would be great to see TGD go full circle. From the program killer to program savior. Where's that double cell phone picture??

Scooch said:
Wow, that is an awful lot of "no comment".

Thamel and SU..more than smoke. 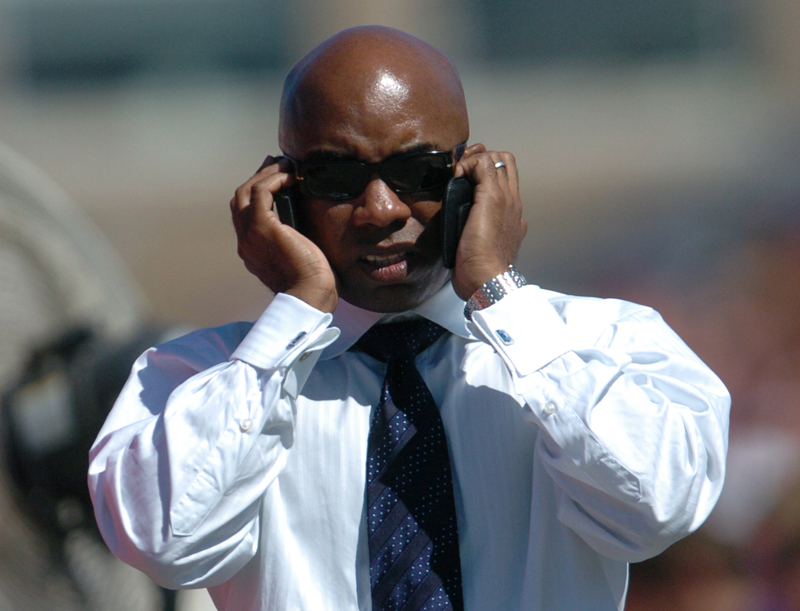 Not even a no comment but a, it is true but I can't comment on it. Otherwise he would have just said it's not true or no comment. IMHO

Yep, that's exactly what I meant. The fact that Thamel got two on the record no comments, and official non resonses from Marinatto and Swofford is hugely telling.

Let's not get too excited people. Talks is Talks. We've been down this road before, and I would hope the history would dictate that this needs to go down differently.

Do it Doc ... let's just get this done and over with already

And this is totally consistent with that ACC insider who specifically mentioned SU and Pitt a few days ago. With a h/t to madbiker -

"He doesn't think the ACC will move first, but if things start to reshuffle he says the top two targets for the ACC are Syracuse and Pittsburgh."

Is the ACC expanding to 14, or are SU and Pitt replacement teams for Va Tech and FSU?

All it means to me is that there's probably some relatively serious discussion going on. Who knows where it will lead? ...but I can't say that I'm unhappy about hearing that it's probably taking place.

Why does anyone want to be part of the ACC? Fl state will be gone soon, and it will be the big east all over again cause Miami is a mess now. Stick with the big east and keep building

Is the academic reputation of UConn leaving them out of ACC talks?

Seems like they'd be a good fit if they go to 16 in the future.

jcuse44 said:
Why does anyone want to be part of the ACC? Fl state will be gone soon, and it will be the big east all over again cause Miami is a mess now. Stick with the big east and keep building
Expand...

Big East is a logistical nightmare. ACC with or without FSU would still be more stable.

I don't want any part of a 12 team football/21 team basketball bloated conference. 21 teams in basketball spreading from Connecticut to Tampa to Dallas to Milwaukee??!!??!! Barf.

In an ideal world, I'd like there to be a way to stabilize and save the Big East and keep SU and Pitt intact. Syracuse IS the Big East, and losing any of the rivalries that have developed in any sport would suck.

That said, I'm beginning to agree more and more that unless such an option as the above exists, the ACC is our next best choice. Football is a step up, and Basketball wouldn't take too much of a hit with UNC/Duke/SU/Pitt as the top 4. ACC Lacrosse would be...something.

I would miss the Big East, but if we could manage a game against Georgetown yearly (and maybe a Nova/UConn game every year or two), this has to be a serious consideration in order to better SU.
4

I'd love it if the ACC took some of the greats of the Big East basketball only schools, such as G-Town and Villanova.

44USMC said:
I'd love it if the ACC took some of the greats of the Big East basketball only schools, such as G-Town and Villanova.
Expand...

then they'd be the big east.

Not only are the "no comment" parts telling but to me also the Boeheim comment. Instead of saying how bad of an idea he thought it was or he would hate the move, etc. He says something that sounds like he might know something.

I've never cared as much as some posters on here about joining the ACC and I don't mean that as a jab in any way at anyone. But what I mean by that is that I haven't really known what the right move was at any level... ACC, Big 10, or adding Kansas, KSU, Mizz whatever.

Just in the last week I'm starting to realize that some of the conversations about syracuse fans not coming to the games and not caring enough to come. It is b.s. but for the common fan who the hell cares about a majority of the teams we play - there is no team to get excited about. If we joined the ACC I think that would change, I think we would increase attendance b/c football games vs. BC, VT (if still around), Miami are all more appealing then games against a majority of the BE teams. I don't think attendance would skyrocket and we would fill the dome every game but it wouldn't look like on TV.
4

rrlbees said:
then they'd be the big east.
Expand...

To be honest, I wouldn't complain.

(paraphrasing) "There's not anyone in the country that isn't having conversations right now. You have to keep all options open."

The question is: how far in conversations are Pitt and Syracuse? That they're talking to the ACC isn't news. I promise you every single team not in the SEC, Big Ten or Pac-12 has been in discussions with other conferences. Every_single_one.

I do tend to think, by the tone of the comments, however, they're pretty far along.

qdawgg said:
Not only are the "no comment" parts telling but to me also the Boeheim comment. Instead of saying how bad of an idea he thought it was or he would hate the move, etc. He says something that sounds like he might know something.
Expand...

Jim Boeheim, the longtime Syracuse basketball coach, said Friday night, “I wouldn’t be surprised by anything, but I don’t know anything right now.”

He sounds like he really doesn't know anything right now.
You must log in or register to reply here.