Change Ad Consent Do not sell my data Will recruits back out? | Syracusefan.com
Menu
Log in
Register
Install the app
You are using an out of date browser. It may not display this or other websites correctly.
You should upgrade or use an alternative browser.

Will recruits back out?

Always talk about how being in the Big East is a recruiting tool ... how will this affect that? Better/worse?

Will players be allowed to transfer without sitting out a season? 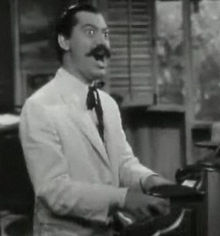 We are taking the BE with us essencially for Bball. SU and Pitt make the ACC the premier east coast Bball league. Conn will more than likely be added killing the BE.

Why the hell would they back out???? Last year there were 3 teams in the top-25 for the ACC, two of which were top-10s. There were 5 Big East teams in the top-25, and one top-10. With the flip, Big East teams would be the ones at 3, and the ACC at 5. Now granted, the depth in the Big East remains greater, but the ACC second and third tier teams didn't exactly have great years. And with only two top-tier squads left (and God forbid if UConn goes ACC), it's going to be harder for those deeper Big East teams to gain there respect anyway.

Recruits? You mean Jerami Grant? he is our only recruit committed right now.

armory said:
Always talk about how being in the Big East is a recruiting tool ... how will this affect that? Better/worse?

Will players be allowed to transfer without sitting out a season?
Expand...

"NO I DONT WANT TO PLAY IN THE CARRIER DOME IN FRONT OF 36K AGAINST DUKE ON NATIONAL TV!" <SLAMS PHONE DOWN>

Jermai Grant already said he is fine with it, just trying to "wrap his head around" the change...its one syracuse.com front page

I see the football trolls were out in force yesterday

armory said:
I see the football trolls were out in force yesterday
Expand...

Not quite sure I would say any of the above responses were troll-like. But when you ask a question like that, you have to expect answers like that. Truly, not sure why recruits would back out. Trading SH and DP for Miami and GTech - why would a recruit back out? Unless they lived in South Orange, NJ?

Wednesday at 8:12 AM
tipphill
T
C
Things to make us all feel a little better

Just watched Requiem for the Big East for the bazillionth time...

One Good Thing About This Loss...
2